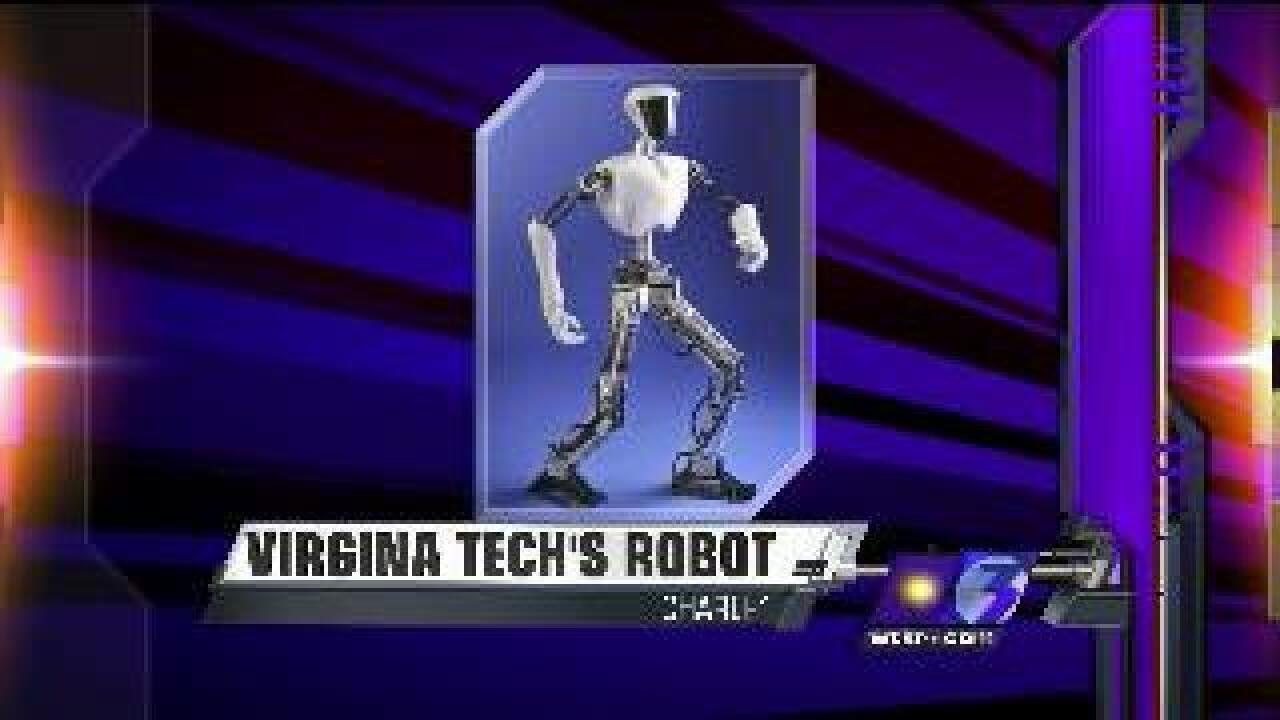 The Naval Research Laboratory along with engineers at Virginia Tech are working on a Star Wars C-3PO type robot to fight shipyard fires.

The Navy robot`s name is Autonomous Shipboard Humanoid or "ASH"

It’s a follow-up version of Virginia Tech`s Charli-One Robot which was developed by the school’s robotics and mechanisms laboratory.

ASH will be able to walk in any direction, keep its balance at sea and go through narrow passageways and up ladders.

He would also be able to throw special fire extinguishing grenades and use hoses and traditional extinguishers to fight fires.