Vick admits to having dog 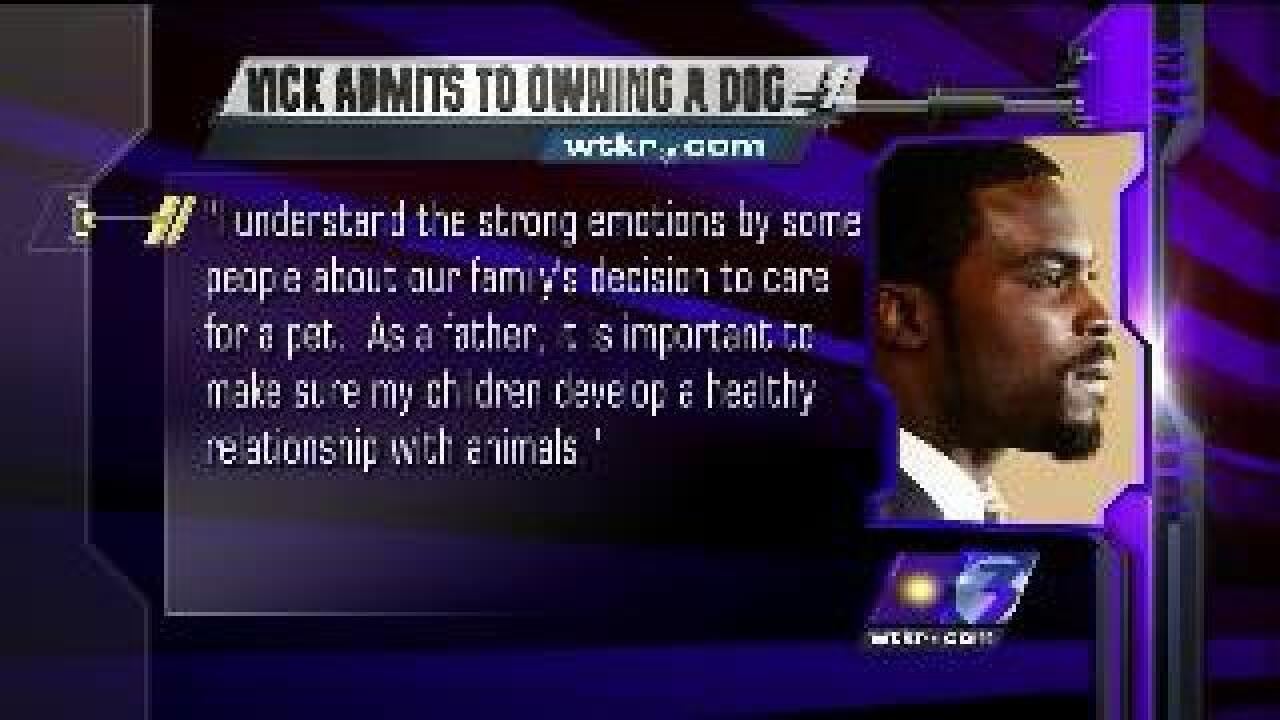 Michael Vick has finally admitted that he does have a dog.

But he also says it's for a good reason—his kids.

He says, "I understand the strong emotions by some people about our family's decision to care for a pet.  As a father, it is important to make sure my children develop a healthy relationship with animals."

He also says, "This is an opportunity to break the cycle. To that end, I will continue to honor my commitment to animal welfare and be an instrument of positive change."

Michael Vick was sentenced to 23 months in jail and probation for operating a dog fighting ring.

While he was on probation he was not able to own a dog, but his probation ended over the summer.