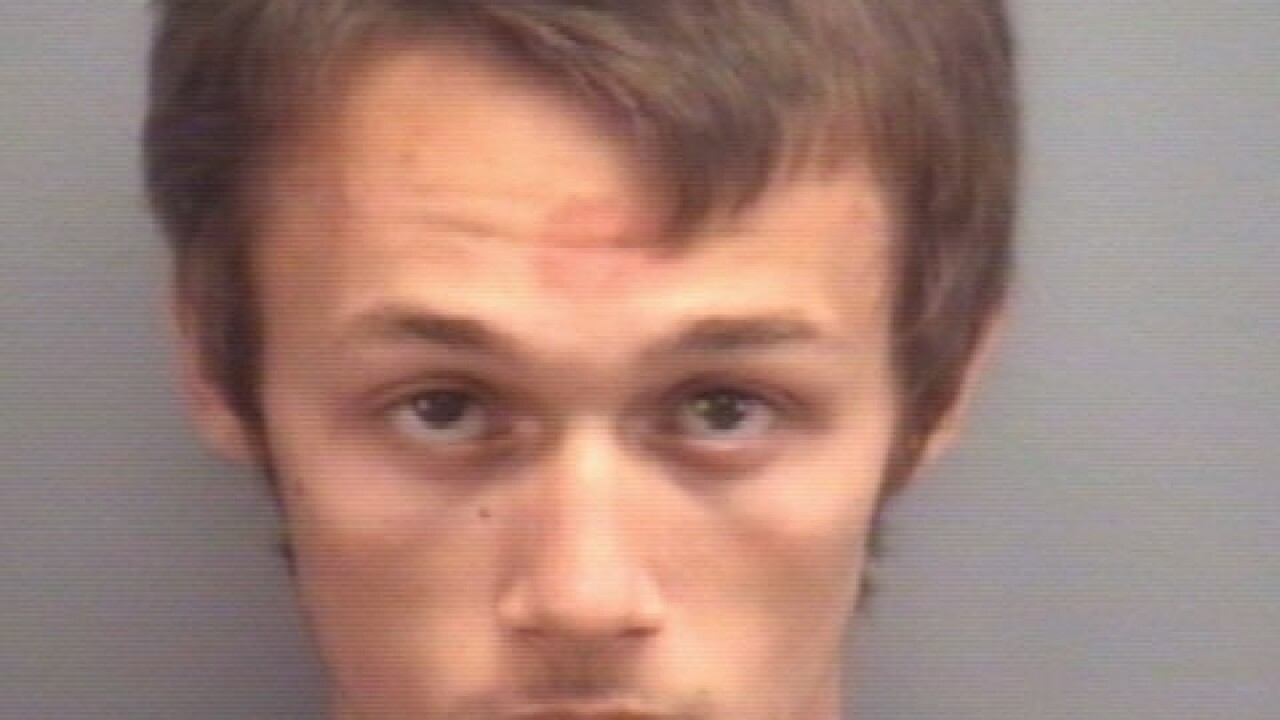 Virginia Beach, Va. - An 18-year-old Virginia Beach man was arrested Monday after pointing a gun at an elementary school bus.

Joshua P. Dalton has been charged with two counts of brandishing a firearm.

According to police two students reported to the school bus driver that a man in a blue pickup truck behind the bus pointed a gun at them.

The incident occurred at the intersection of Brian Avenue and Rachel Street as the bus was unloading students.

The bus driver took the students back to Pembroke Elementary and notified school authorities and police.

Police say there was a dispute between Dalton and several students at the bus stop about a Confederate flag on Dalton's truck.

A woman riding with Dalton was not charged.