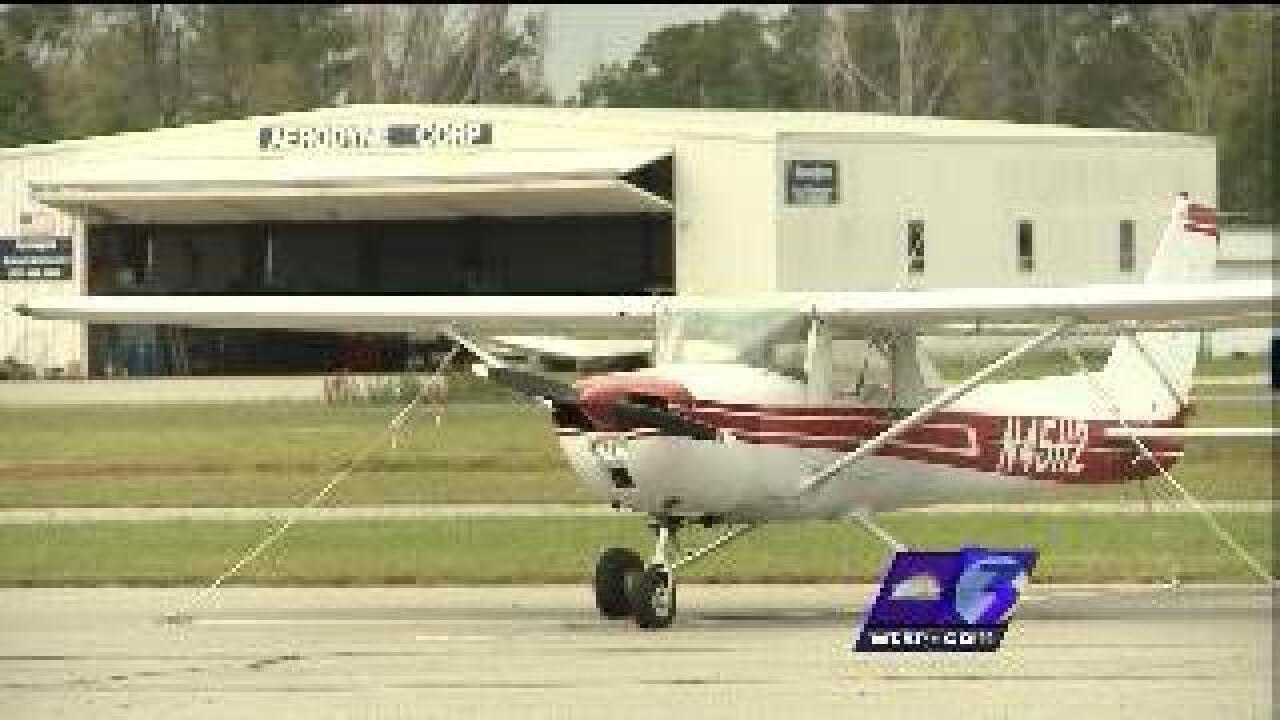 Two private pilots are under investigation for flying into restricted airspace over the president in Williamsburg this weekend.

Until this election, presidential flight restrictions were rare in Hampton Roads. But with Obama making more and more trips here, some pilots have been caught unaware.

The weather report is broadcasting to an empty airfield. The sky above the Hampton Roads Airport is shut down to most plane traffic. In two hours, only a sleek Italian turboprop pulled into the terminal.

As the president makes the area a frequent campaign stop, the FAA is closing the skies more often. Pilots who never had to worry about so-called VIP flight restrictions are now seeing them more frequently.

This weekend, with the president in Williamsburg, two private planes broke the rules.

One weekend violator was a Cessna 182. The other, a Piper. The FAA would not say who they belonged to, or where they were going. But the agency's website warned just how unpredictable airspace shutdowns can be.

Presidential restrictions "are often established on very short notice. It is extremely important to check before every flight."

A pilots' group warned members restrictions "can be issued with little advanced notice."

One association even put a printable card on its website. It tells pilots what to do when an F-16 pulls up.

Until the president leaves tomorrow, the sky above Hampton Roads is still under guard. So that means most local pilots are grounded.