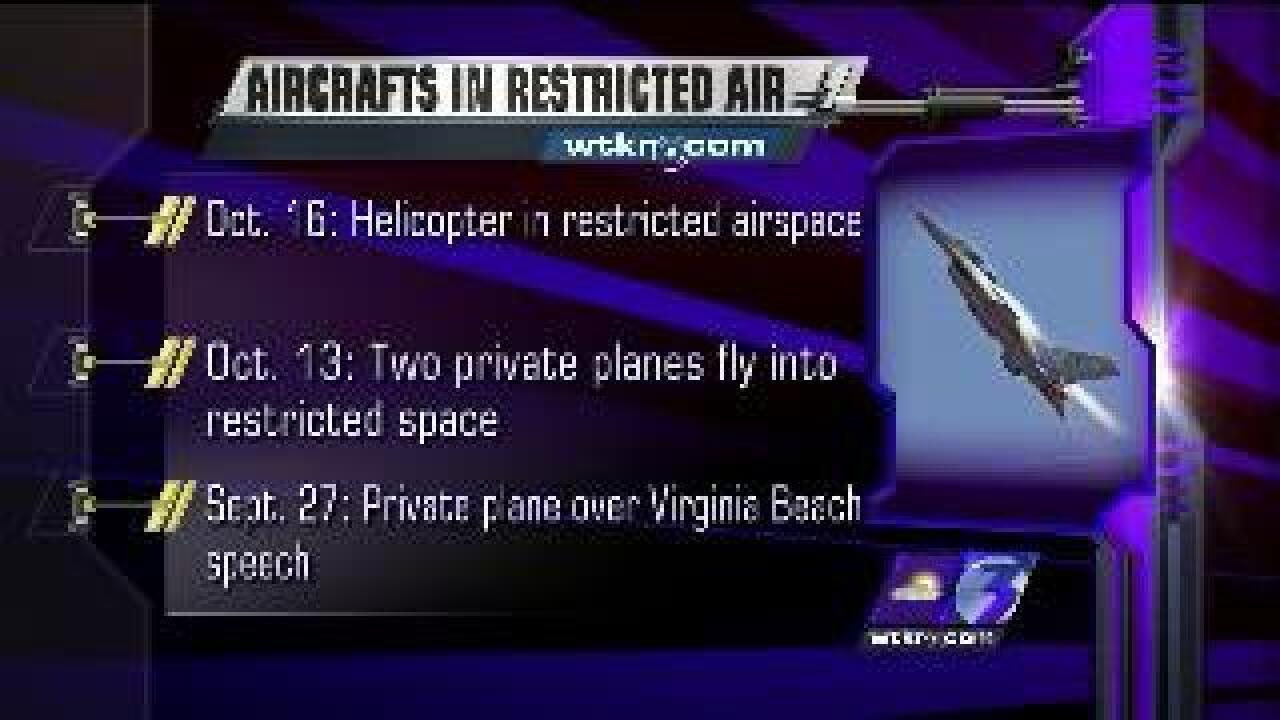 According to a release from NORAD and USNORTHCOM Public Affairs officials, a U.S. Coast Guard HH-65 Dolphin helicopter under the direction of North American Aerospace Defense Command intercepted a Robinson 44 Helicopter operating in restricted airspace over Williamsburg, Va., today at approximately 8:00 a.m. EDT.

The U.S. Coast Guard HH-65 Dolphin helicopter responded to the FAA-established Temporary Flight Restriction zone violation. After intercepting the Robinson 44 it was escorted to and landed at the Wakefield Municipal Airport, Va., without further incident, reports say.

All pilots flying in the vicinity of Williamsburg, Va., are encouraged to check the Federal Aviation Administration VIP Notice to Airmen that can be found at http://tfr.faa.gov/save_pages/detail_2_6566.html.