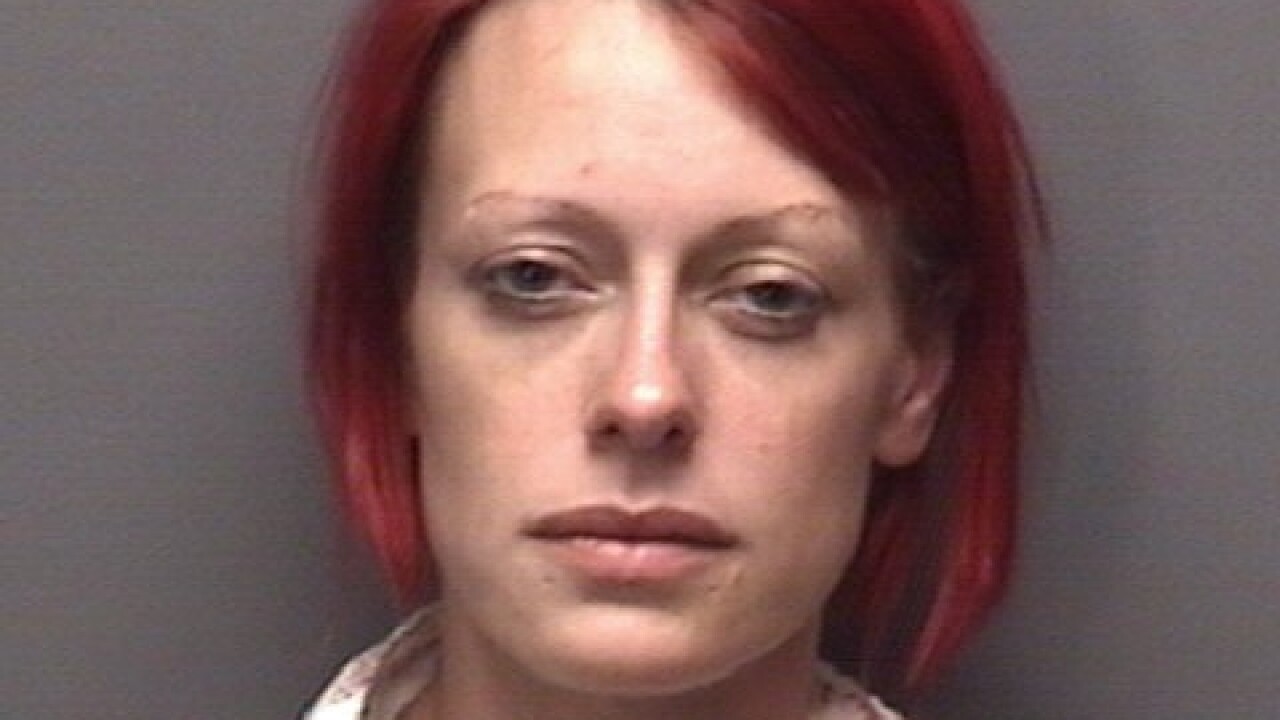 Suffolk, Va. – A Norfolk woman was arrested in the parking lot of the Mills E. Godwin Jr. Courts Building Monday after an officer leaving court noticed her slumped over the steering wheel of her vehicle with the window open, motor running, and a young child in a car seat in the back seat.

The officer had earlier observed her vehicle in another area of the parking lot, where she appeared to be sleeping.

30-year-old Billie Jolene Warburton was charged with Possession of Heroin, Driving Under the Influence of Drugs, and Felony Child Neglect.

When the officer approached the vehicle to see if Warburton needed assistance he noticed blood on the center console, fresh injection marks on Warburton’s arms, and several drug-related items in the vehicle.

Ms. Warburton told police that her 23-month-old son was crying since he had not been fed since the prior evening.  Child Protective Services currently has custody of the toddler.

Ms. Warburton was transported to Western Tidewater Regional Jail under a no bond status.