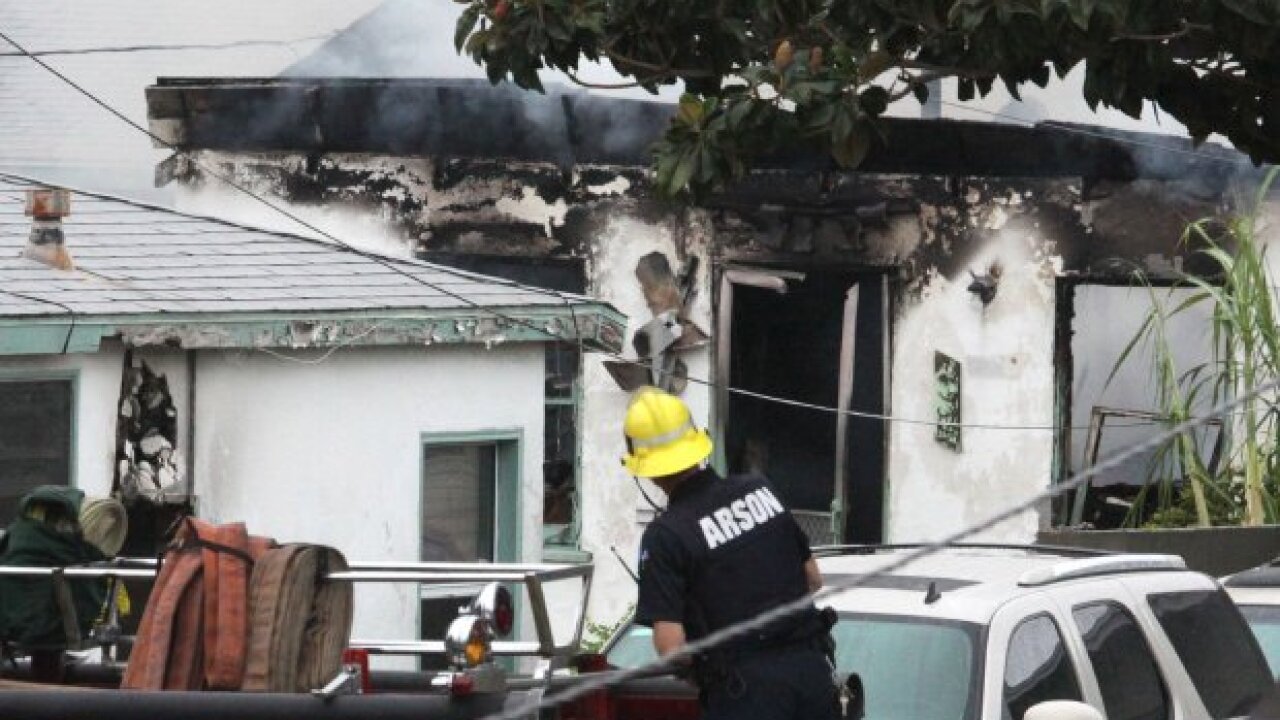 The man believed to be behind a shooting rampage and arson in Inglewood that left a father and his 4-year-old son dead and three other family members wounded was in the process of being evicted from his home, said a relative of one of the victims.

Judy Castellanos, who has a daughter related to one of the victims, said the gunman, who was not identified, had not paid his rent and police had been called several times in the past for disturbances.

He had been renting a unit in the back of a duplex from the family he targeted in the 4900 block of 99th Street about 4 a.m., Castellanos said.

A 30-year-old father died shielding his children from a fusillade of 10 bullets fired into their Inglewood home by the gunman who set the back part of the duplex on fire, police said.

The father’s 4-year-old son suffered a bullet wound to the head and died in surgery. The man’s 28-year-old wife was hit in the legs. She was in critical but stable condition at a hospital.

“The fire had been started before the shooting, and then the suspect came into the house with a painter’s mask on,” said Inglewood Police Chief Mark Fronterotta. “The father was in a position of shielding the children as officers came into the scene.”

Police evacuated homes and urged others to remain inside behind locked doors while they searched for the gunman who was believed to be armed and may have hid in a home nearby, police said.

He was described as African American, 5-foot-6, and about 55 years-old. He was wearing a dark baseball cap, police said.

Firefighters, responding to the blaze, were forced to wait because of the possibility that the gunman was in hiding and because of fears that live wires from downed power lines could harm firefighters attempting to douse the blaze, police said.

Firefighters also witnessed an act of heroism on the part of a wounded mother seen by firefighters carrying her 4-year-old son out of the house, Fronterotta said.

“This extraordinary rescue attempt by the mother occurred in spite of the fact that she had gunshot wounds to both legs,” Fronterotta said in a press release.

The other victims included a 6-year-old boy and a 7-year-old girl, Fronterotta said. The only one in the house not injured was an 8-year-old boy, he said.