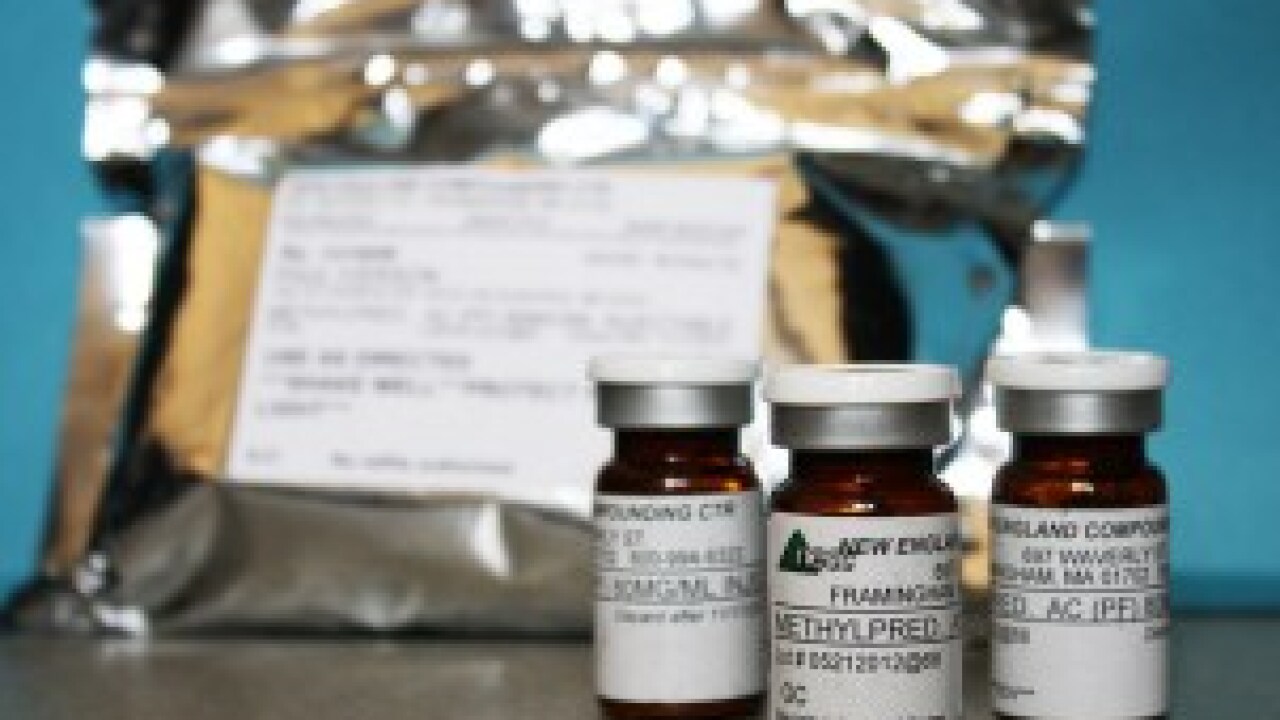 Vials from the New England Compounding Center of the same kind of steroid suspected of being contaminated and causing meningitis cases, including deaths.

(CNN) — More patients will soon be told they received potentially contaminated drugs from the New England Compounding Center, whose products already are associated with 297 illnesses and 23 deaths.

On Monday, the Food and Drug Administration posted on its website a list of more than 1,200 hospitals and clinics that had purchased steroids and other drugs from NECC that if contaminated would be especially dangerous for patients.

The agency then took the list down after it realized it wasn’t accurate.

“FDA has found some technical problems with the list and the data are incorrect,” according to a statement on the agency’s website. “FDA is working to correct the list and will re-post when we are sure it is accurate.”

A “few” drugs are of concern, according to FDA spokeswoman Sarah Clark-Lynn. They include triamcinolone acetonide, an injectable steroid used to treat pain, injectable drugs used for eye surgery, and cardioplegic solutions, which are used during open heart surgeries.

Earlier this month, dozens of hospitals were contacted about the potential danger of another injectable steroid, methylprednisolone, which is used to treat pain.

The FDA warns patients who received any of these drugs to be vigilant for signs of fungal meningitis, such as headache and fever.