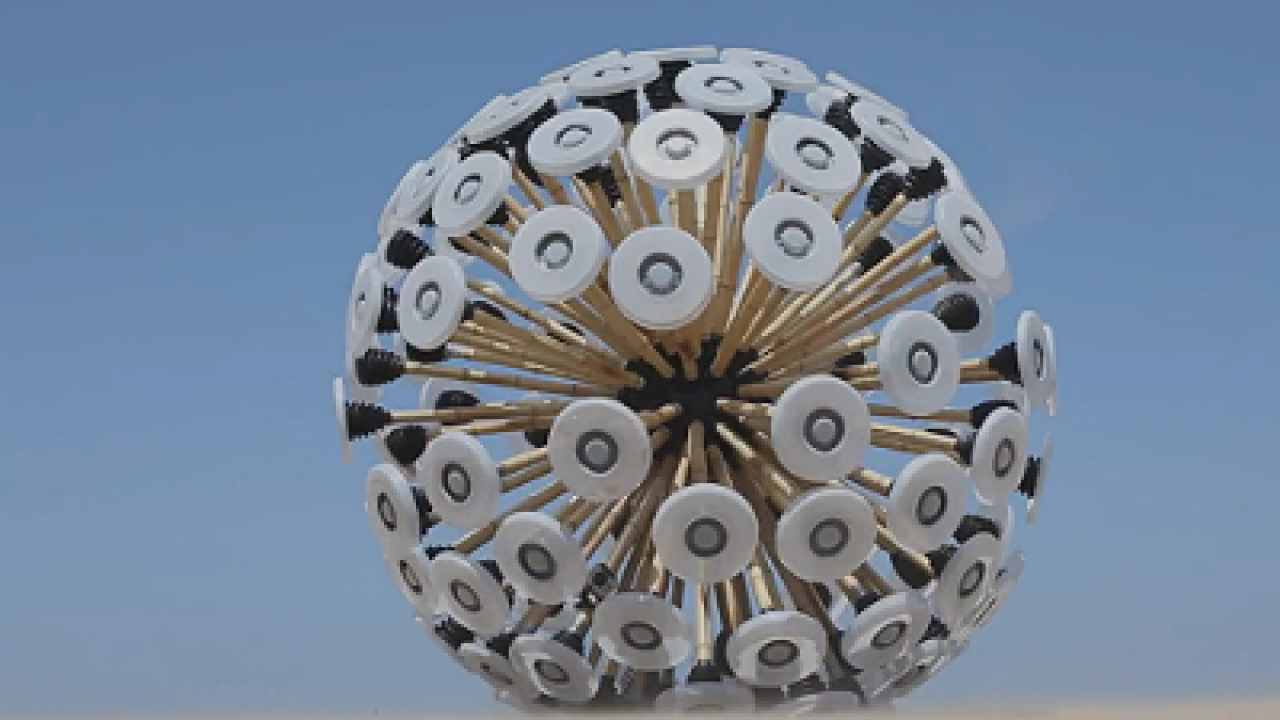 An Afghan-Dutch designer has created a wind-powered ball that clears land mines – and looks like a giant dandelion.

According to the BBC, Massoud Hassani was inspired to create the Mine Kafon by wind-blown toys that would wind up in mine fields near his childhood home near Kabul, Afghanistan.

Hassani has designed and built, by hand, a wind-powered ball that is heavy enough to trip mines as it rolls across the ground. Each $50 device looks like an artwork inspired by a starburst. In the middle of the Kafon is a 17kg (37lb) iron casing surrounded by dozens of radiating bamboo legs that each have a round plastic “foot” at their tip. Inside the ball is a GPS unit to map where it has been – and in theory cleared of mines. Around the iron ball is a suspension mechanism, which allows the entire Kafon to roll over bumps, holes and so forth. In all, it weighs a little more than 80kg (175lb). The idea is that it is light enough to be pushed by the wind, but heavy enough to trip mines. Hassani thinks that humanitarian organizations could take Kafons with them into areas suspected of being mined, and then let the wind do the dangerous work.

“Nowadays people search for mines by hand, and it takes a lot of time,” Hassani says. “People walk along, sticking things into the ground. Many are not trained to do it, and there are a lot of accidents.” He believes that the mine Kafon could be a safer, and cheaper, alternative. He has spent the last year and a half improving his invention, has also teamed up with the Dutch military and the country’s Explosive Ordnance Disposal (EOD) unit to test it.

Read the full story at the BBC. Learn more about Massoud Hassani here