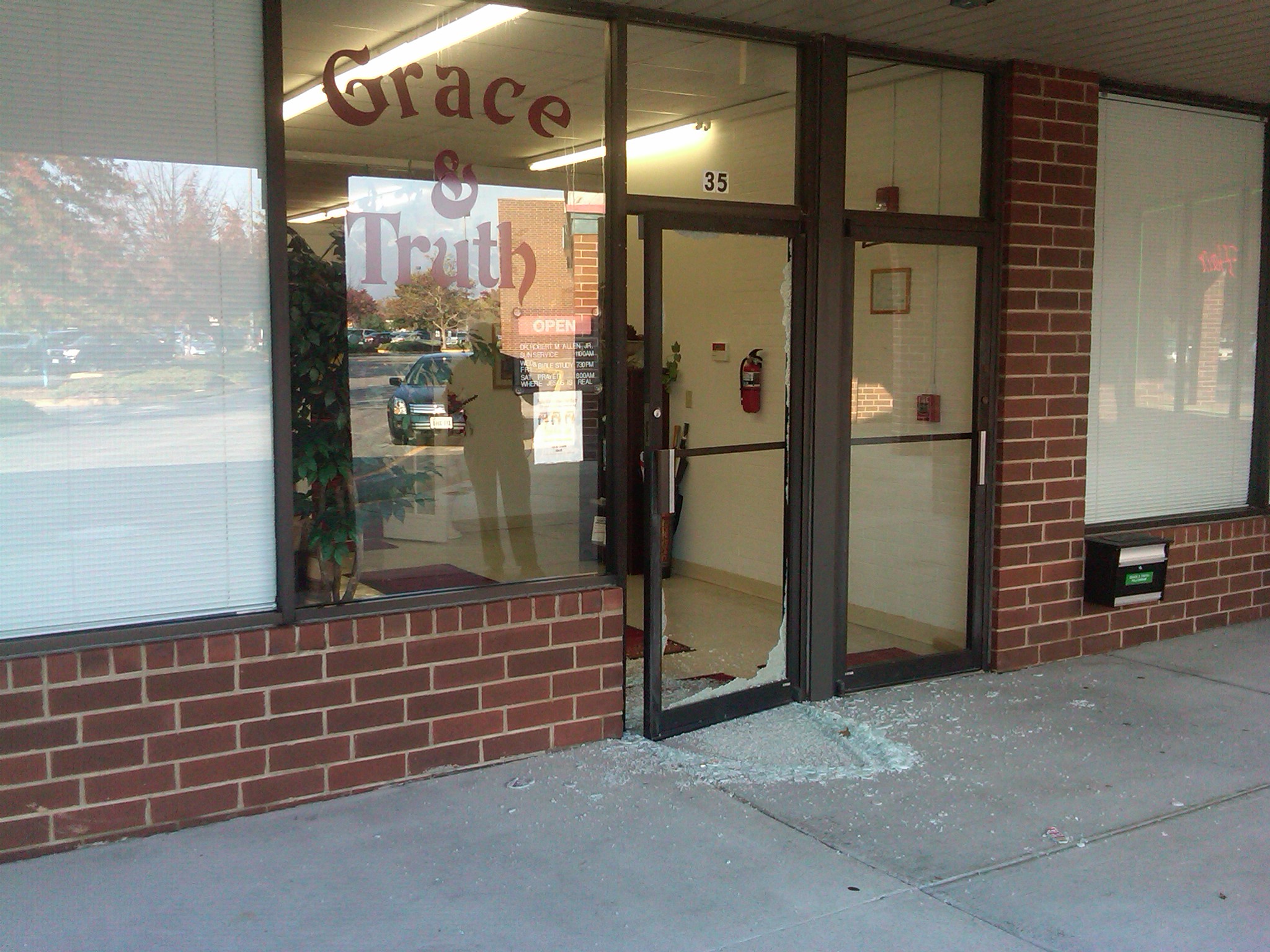 Newport News police tell us hundreds of dollars were stolen from a Chinese restaurant early this morning.

Thursday morning, October 25, 2012, a suspect shattered the front glass doors to Grace and Truth Fellowship Church and the New China Buffet, located in the Sherwood Shopping Center, at 13771 Warwick Boulevard.

Police say nothing was stolen from the church except a candle – which was used to break the glass door to the Chinese restaurant.

The suspect used a piece of concrete to shatter the church’s glass door.

Hundreds of dollars were stolen from the restaurant’s cash register.

In addition, someone attempted to break into the Jing Jing Asian restaurant, located at 562 Denbigh Blvd., by using a piece of concrete to break the front window. However, police say no entry was gained.

This would have been the second burglary to this restaurant this month.

Right now, police do not know if this attempted burglary is related to the Sherwood Shopping Center burglaries.

Watch First at Four for updates.