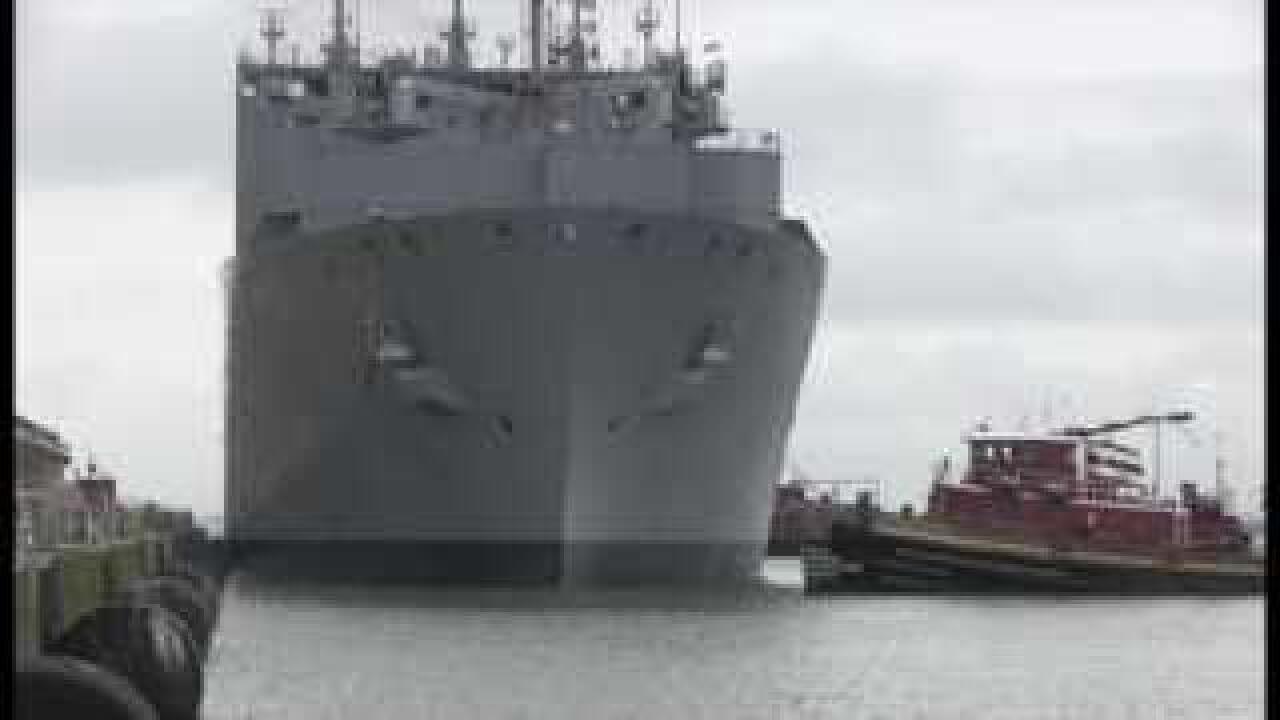 Norfolk, Va. - The Navy has ordered all U.S. Navy ships in the Hampton Roads area to set Sortie Condition Alpha and prepare to head out to sea as Hurricane Sandy travels up the East Coast.

USS Wasp, USS Taylor and USNS Kanawha are already underway in the USFF area of responsibility.

“Based on the current track of the storm, we made the decision to begin to sortie the fleet,” said Gortney. “The current timeline allows them enough time to transit safely out of the path of the storm.”

The Navy orders a sortie during potentially extreme weather conditions to reduce the risk of significant damage to ships and piers during high winds and seas.

Some ships will not get underway, due to various maintenance availabilities, and are taking extra precautions to avoid potential damage. Commanding officers have a number of options when staying in port, depending on the severity of the weather. Some of these options include adding additional mooring and storm lines, dropping the anchor, and disconnecting shore power cables.

As a precautionary measure, Commander Navy Installations Command ordered all installations in the Hampton Roads area to set Tropical Cyclone Condition Three as Hurricane Sandy is forecast to bring high winds and rain to the Mid-Atlantic coast. Tropical Cyclone Condition Three means destructive winds of greater than 50 knots associated with a tropical system, are expected within 48 hours.

A variety of information is available in support of family readiness during hurricane season including:

- Navy Family Accountability and Assessment System, http://go.usa.gov/kQ4, which provides a standardized method for the Navy to account, manage and monitor the recovery process for personnel and their families affected and/or scattered by a wide-spread catastrophic event.

- State of Virginia Emergency Management, http://www.vaemergency.gov/readyvirginia, which has many resources for planning and preparing emergency kits, developing evacuation plans and addressing specific special needs for children, the elderly and others.