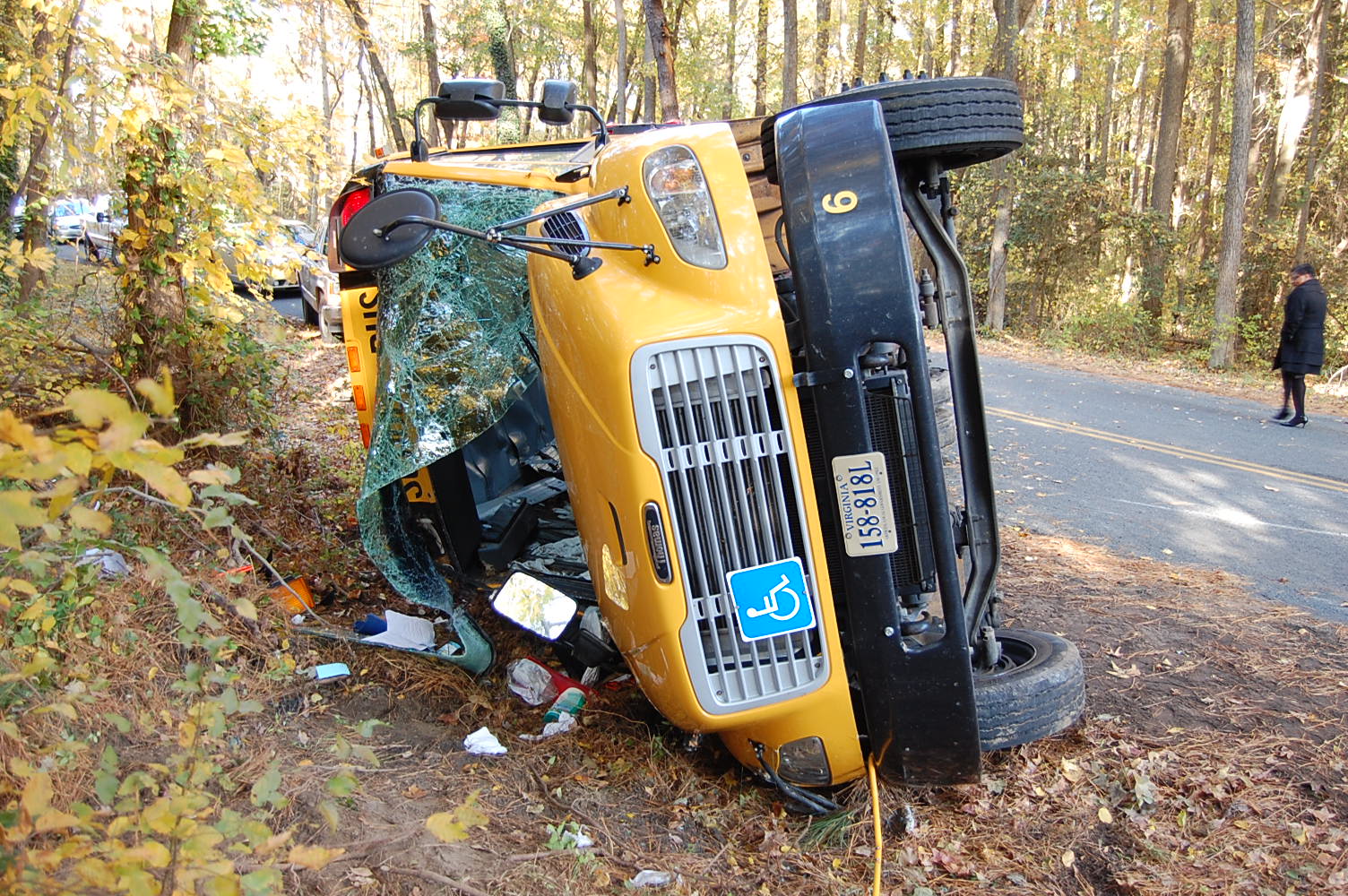 According to State Police, there has been a school bus crash on the Eastern Shore this afternoon at around 1:36 p.m.

They say it occurred at 21128 Seaside Road in Cheriton.

Police say two adults and eight children were taken to the hospital for minor bumps and scrapes.

They say the cause of the accident was “driver inattention.”

The bus driver was cited for failure to stay within the confines of a roadway.

They say the driver went off into a ditch, overcorrected and the bus landed on its side.