Hurricane Sandy pummeled Tangier's harbor with powerful wind and surging waves. It knocked down crab shanties, warped piers and twisted pilings in the harbor where many of the island's 500 residents work gathering seafood. The storm also scrubbed away so much land on the island's northern section that it raised the dead. Skeletons belonging to islanders buried well inland more than a century ago, now mingle with the tide. 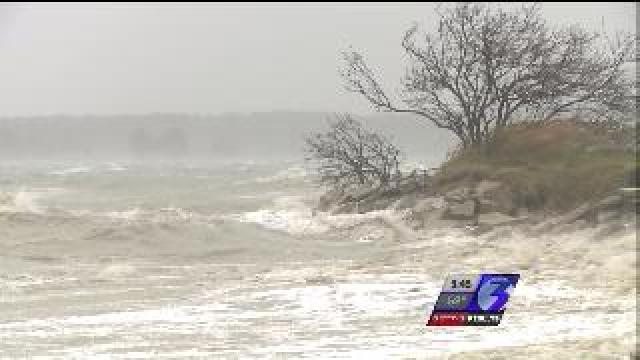 This island has lost more than half its land since it was first settled. Neighbors there have begged for a seawall for nearly 20 years, but the cost was out of reach.

“Without one, Tangier is going to become history,” says Carol Moore, a resident.

Tangier Island to get new jetty

But today, Gov. Bob McDonnell threw the neighbors a $4 million dollar lifeline. There's enough federal and state money available to add some protection to the speck of land in the Chesapeake Bay. A combination of rip-rap on the shore, a jetty and a seawall is planned to protect the harbor and the island's fast-eroding western edge. A similar line of stones has saved the island's airport and sewage-treatment plant.

The announcement comes just in time for Tangier neighbors like Carol Moore. Studies show the west side of the island is losing 19 feet of land every year.

“When I was a kid, I remember trees right here, and land was where we are right now. Gone,” says Moore.

The seawall and jetty should be finished in the next three or four years. It won't save the area where the skeletons have surfaced, but it should protect the island's populated center. Neighbors hope in the meantime, they get a break from rough weather.