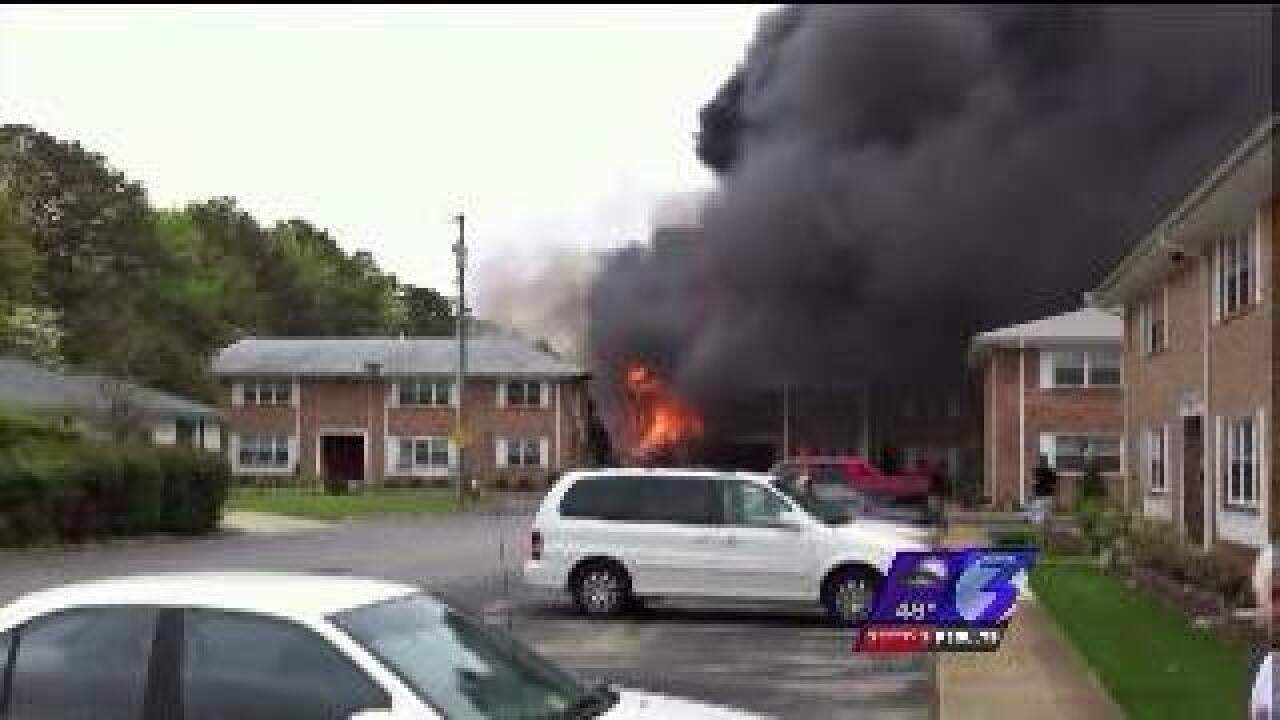 Virginia Beach. Va. - A security camera sweeps side to side recording a quiet apartment complex parking lot on a quiet Friday before Easter. And as it pans to Birdneck Road, everything seems in its place.

Until a grey flash, then dust, smoke, debris appeared.

As the camera completes its sweep, a car drives away, the driver apparently unaware of what's happening at the end of the pavement. The camera then reveals a hole through two apartment buildings. What it can't show you is the jet on its belly burning in the courtyard.

These are the first images ever recorded of the Navy F-18's catastrophic crash into Mayfair Mews Apartments. The jet was hurtling so fast the camera just catches it for two frames.

The first, a grey smudge in the upper left corner. And the next frame looks like the edge of a wing. A few frames further, and you can see the moment of impact, reflected on the windows and paint of a pickup truck in the parking lot. The camera shakes, and debris showers the parking lot.

A two-seat F-18 Hornet, with both engines out, slammed into the parking lot leaving a gouge in the pavement and a hole through two buildings.

The camera keeps sweeping as stunned neighbors pour into the parking lot to see what happened. And with each sweep, the crowd grows, and so do the flames. Neighbors and Samaritans scour the crash scene, and one even ducks into the hole where the jet fuel is beginning to burn ferociously.

Then, families, with little children start evacuating. In moments, police are there. Then the first firefighters. Each sweep of the camera reveals a growing inferno that would evenutally consume several buildings.

The existence of the surveillance video was revealed this month in Fire Engineering magazine. Several Beach firefighters wrote an article about the how they faced one of the worst disasters in city history. In what came to be called the Good Friday Miracle, no one was killed. Both aviators safely ejected just feet above the ground.

A few neighbors were hurt here, mostly from the smoke or the trauma. And now, watching this newly released video months later, it is perhaps even more amazing that everyone, from the neighbors to the Navy fliers, walked away from this carnage.