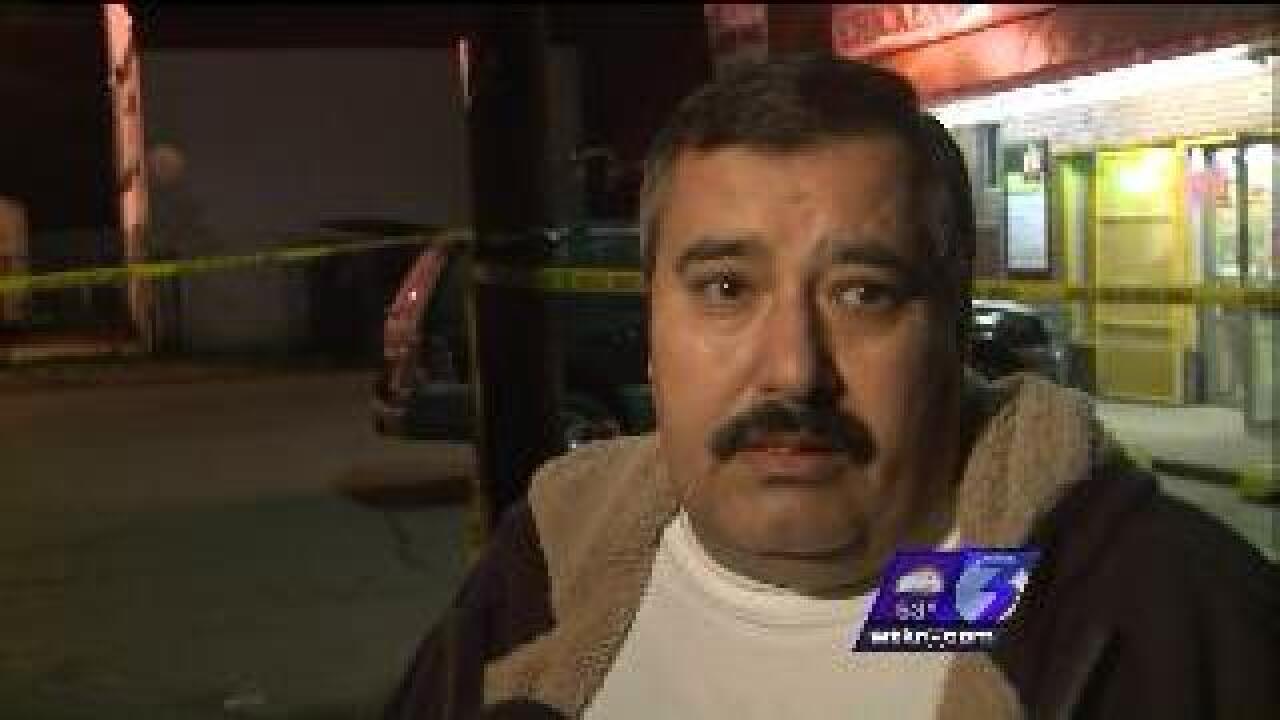 Hampton. Va. - Hampton police are now searching for two men after a store clerk was shot and killed overnight during a robbery.

It happened just before midnight on Thursday, November 30, 2012. At 11:49 p.m., the Hampton Police Division received multiple e911 calls in reference to a shooting at Roy’s Quick Serve. That's located in the 2100 block of West Pembroke Avenue. Police and fire crew members responded to the scene and found the victim, 50-year-old Mohammad Zidan, suffering from multiple gunshot wounds. Zidan was transported by ambulance to a local hospital where he died at 2:27 a.m. Friday morning as a result of his injuries.

Police say the two men entered the business holding guns and demanded
money from the store clerk. The men then shot the clerk and ran away from the business.

The suspects are described as two black men wearing masks.

Anyone with information that will assist police is encouraged to contact the Hampton Police Division at 727-6111 or Crime Line at 1-888-LOCK-U-UP. Crime Line callers remain anonymous and never appear in court. If a Crime Line call results in an arrest, the caller is eligible for a reward up to $1,000.00. You can also send an anonymous tip via text
message to the Hampton Police Division by texting the keyword 757HPD and your tip to 847411 (tip411). (Please be advised that the anonymous texting is not affiliated with Crime Line).

Watch NewsChannel 3 at Noon for updates on this story.