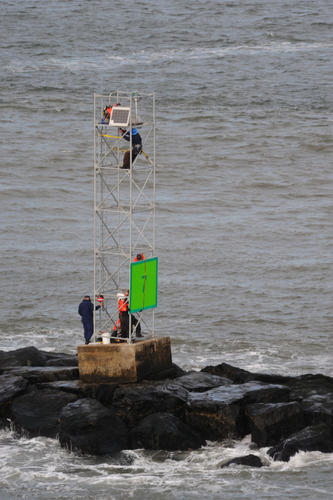 A Coast Guard aircrew placed a navigational aid on a jetty Wednesday near the Barnegat Lighthouse State Park in Barnegat Light, N.J., to replace an aid that was knocked down during Hurricane Sandy.