During the test phase, UCAS deck operators used an arm-mounted control display unit to remotely control the aircraft.
Gerrit Everson, one of the operators who controlled the X-47B, said the UCAS demonstrator displayed excellent integration with Truman’s flight deck. 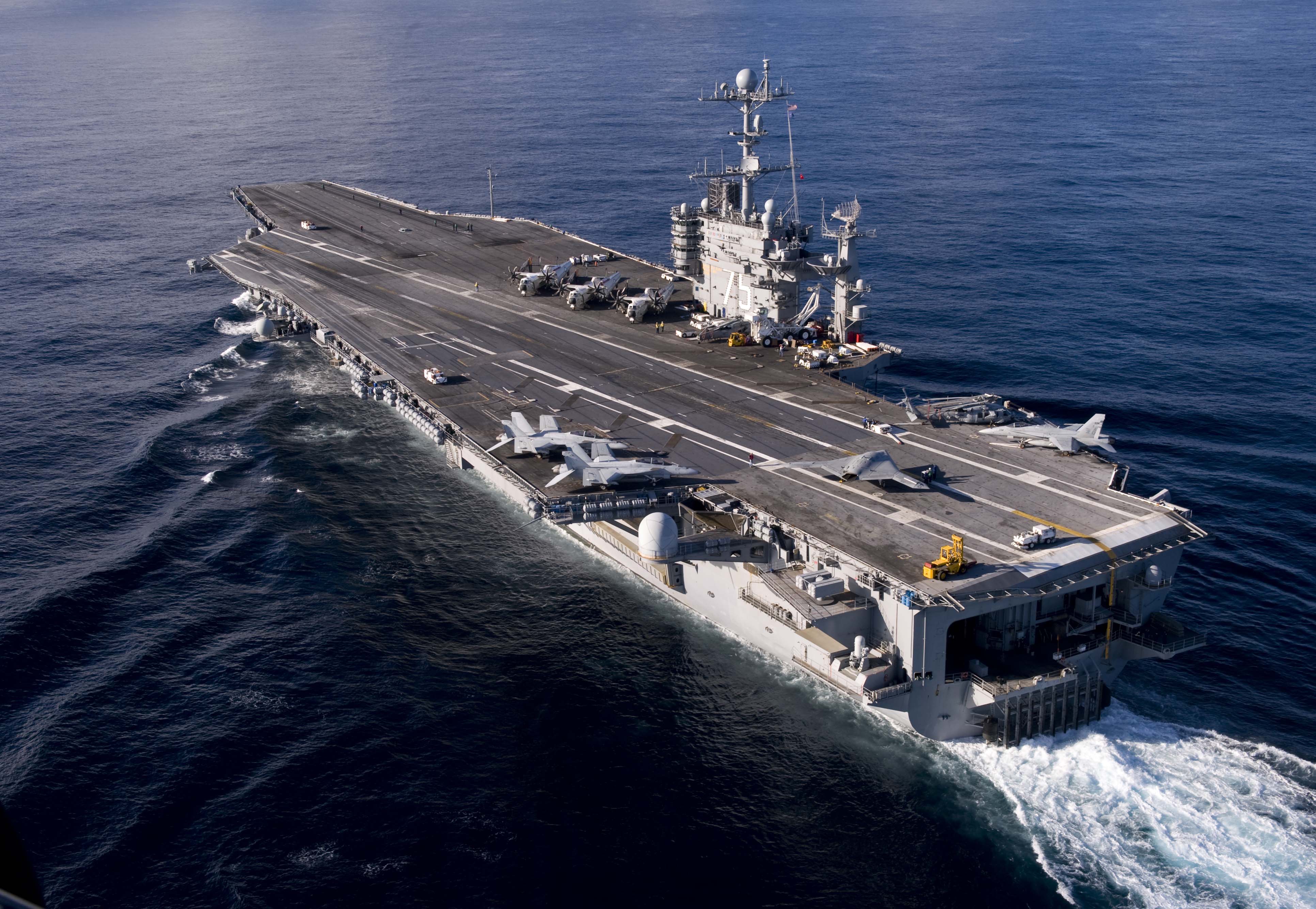 “With the CDU, we followed the aircraft director’s signals to move the aircraft left or right, over the arresting wire, to and from the catapults and to various spotting positions,” said Everson. “These tests proved that we can taxi the X-47B with the precision that an aircraft carrier’s flight deck requires.”

“Nobody has ever done this before,” said Tarver. “Unmanned aerial vehicles (UAVs) have flown all over the world, but an X-47B has never operated on an aircraft carrier. Every evolution with this aircraft is taken step-by-step because we don’t fully know how it will react to a carrier environment. It’s a little out of our comfort zone, so our safety precautions are maximized.”

“Every exercise completed out here is data gathered for the UCAS-D team,” said Tarver. “A carrier environment can only be simulated to a certain extent on land, so we have to take our time when it comes to evolutions like this.”

Matt Funk, the lead test engineer on the demonstration project, said Truman has been extremely helpful during the X-47B’s testing, and Sailors aboard the carrier have been receptive to the training required to work with the new system.

“Everyone’s really excited about this program and has provided a lot of positive feedback,” said Funk. “I think it’s been especially popular with younger Sailors who have grown up surrounded by computers. They recognize that the systems used to control and fly the aircraft are very much like what they’d expect to see in a video game.”

“We are bringing the most advanced technologies together to make this a successful evolution,” said Lt. Anthony Lee, Truman’s flight deck officer. “This type of innovation hasn’t been seen since the first time an aircraft landed aboard a carrier, which puts us further ahead as a military.”

According to Don Blottenberger, Principal Deputy Program Manager for PMA-268, the X-47B’s testing aboard Truman has resulted in significant progress for UCAS-D.

“UCAS-D is a learning program which means we’re here to learn all of the lessons of how we will integrate into a variety of the systems on board Truman,” said Blottenberger. “Because we are still in the early stages of this technology, we aren’t currently looking at how these aircraft might be utilized from a mission stand point. Nevertheless, the learning we have done has uncovered the benefits of autonomous flight regardless of whether the aircraft is manned or unmanned.”

Blottenberger said crew members and operators, like those the team has worked with aboard Truman, will remain a large part of this learning and demonstration program through its completion.

“Every person we’ve met is curious and has great questions about what we’re doing and how Sailors interact with the X-47B,” said Blottenberger.

“Truman has been invaluable to our program.”

The X-47B is scheduled to complete taxi testing before Truman returns to its homeport in Naval Station Norfolk.