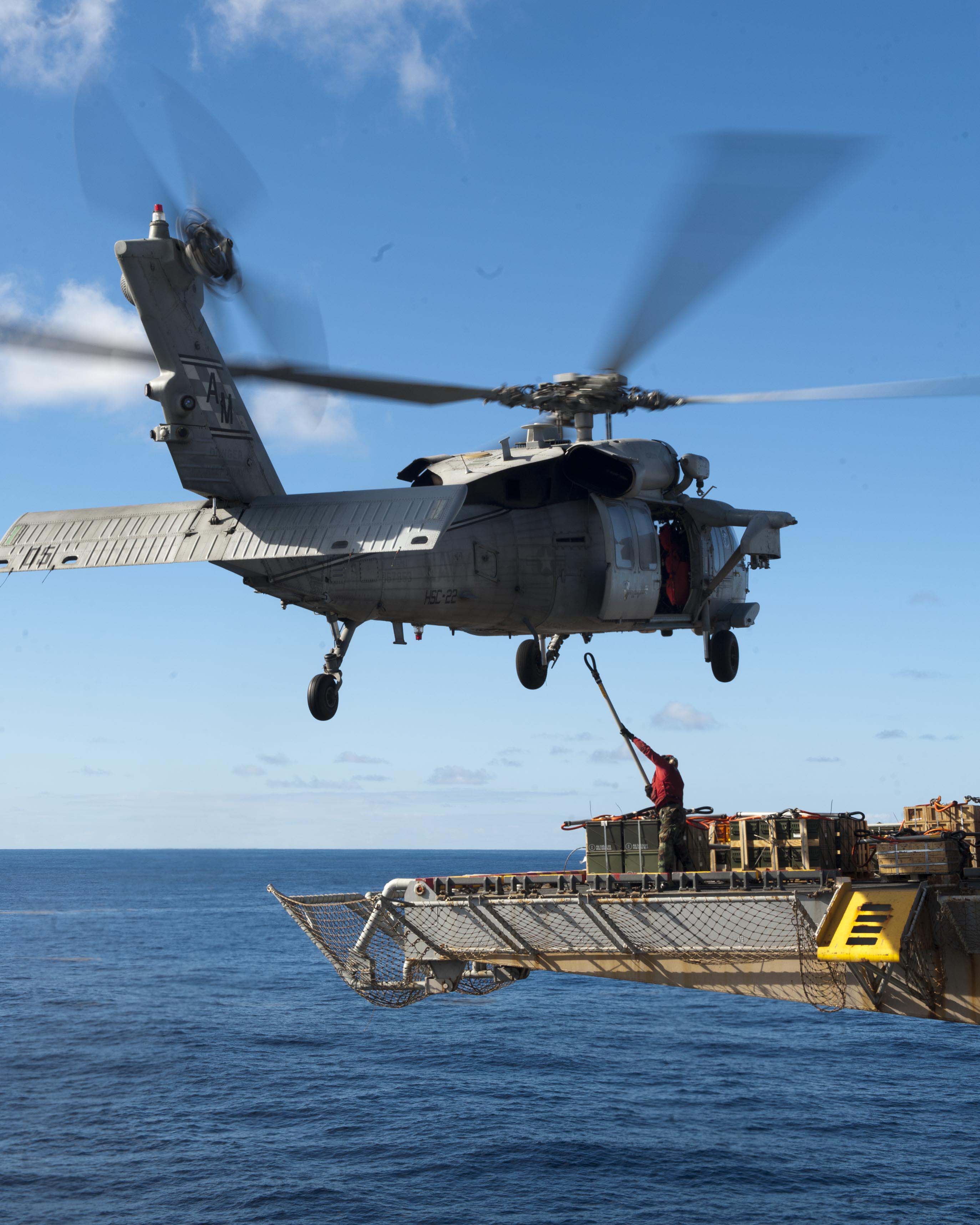 Norfolk, Va. – The ships of the Iwo Jima Amphibious Ready Group will return to home Dec. 18th and 20th.

This marks the completion of the first deployment for USS New York.

This is a delayed homecoming, the three ships were ordered to return to the Mediterranean as their 8-month deployment was ending when fighting in the Gaza Strip heated up.

Sailors and Marines assigned to the 24th Marine Expeditionary Unit (MEU), commanded by Col. Frank Donovan, will offload in Morehead City, N.C., prior to the ships arriving in Norfolk.

“The hard work and dedication demonstrated by the IWO ARG’s Sailors and Marines exceeded expectations,” said Capt. Arturo Garcia, IWO ARG commander. “The flexibility of the crews’ response to national tasking in the U.S. 5th and 6th Fleet areas of responsibility in support of maritime security operations and theater security cooperation efforts is a testament to the capability and flexibility of amphibious forces. I also want to recognize and thank our families for their dedication and sacrifice on the home front. It is their support.”

There will be many homecomings in Hampton Roads next week, the aircraft carrier USS Dwight D. Eisenhower will return to Naval Station Norfolk on Dec. 19th.