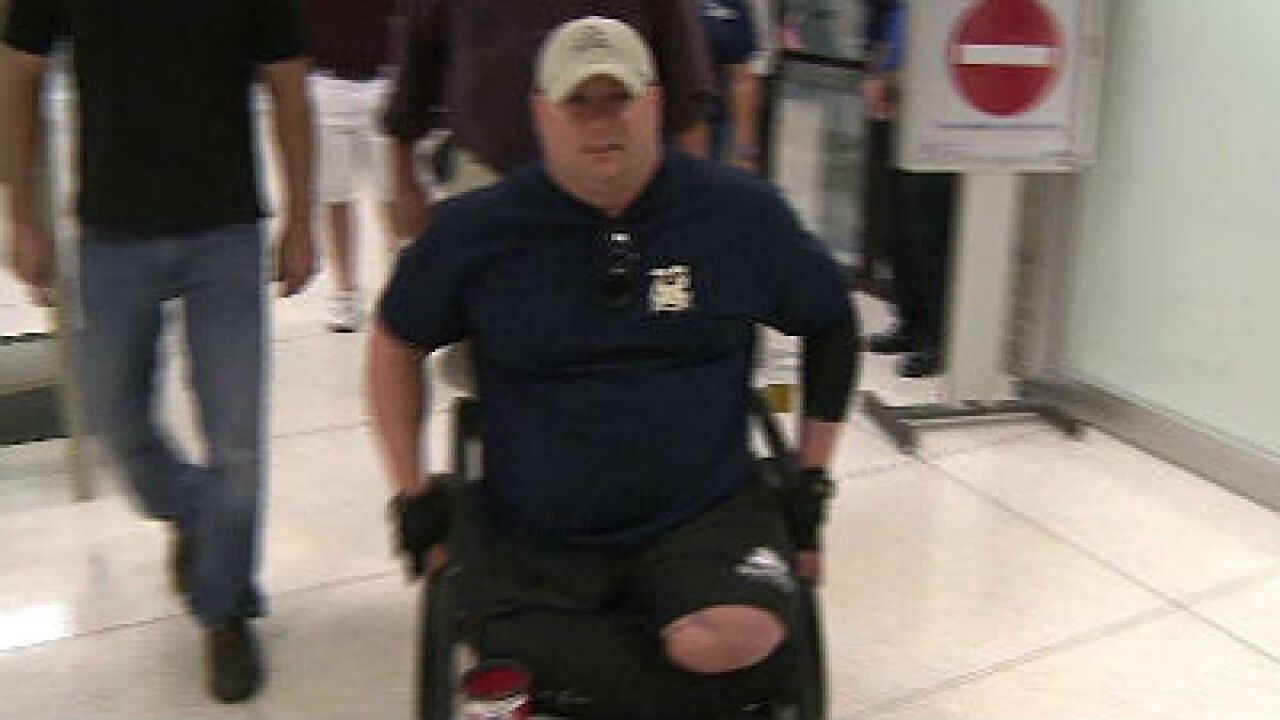 Veterans are angry with Delta Airlines after several of them witnessed what they say was humiliating treatment of a double-amputee Marine on a Delta flight from Atlanta to Washington, according to the Washington Post.

Marine Lance Cpl. Christian Brown lost one leg above the knee, and the other below his hip after stepping on an explosive device in Afghanistan a year ago.

Several veterans on the flight who witnessed attendants cramming Brown into the back of the plane offered to help move him to first class seats offered by other passengers, but were rejected by the flight crew. Brown was also ill with a high fever at the time.

…retired Army Lt. Col. Keith Gafford, also on the flight, held nothing back during a phone interview.

“I have been flying with Delta for a gazillion years and this crew treated Chris worse than you’d treat any thing, not even any body. I did 27 years in the military. I have seen a lot of things and have seen a lot of guys die, but I have never seen a Marine cry,” said Gafford, who served two tours in Iraq. “What the kid said was, ‘I have given everything that I can give and this is the way I am being treated? This is how I will be treated for the rest of my life?’”

In fact, Gafford added, two first-class passengers offered to switch seats with Brown, “but the flight attendant said we have to go. How many times have we sat on the tarmac for 45 minutes? You could close the door and still make an adjustment.” The Texas native blasted the crew for being “hard as woodpecker lips.”