Locals’ favorite seafood spot to close after decades of service

Virginia Beach, Va. - The Anchor Inn Seafood Restaurant, located in Virginia Beach, will close on New Year's Eve - after nearly 40 years of history and service behind it.

I sat down with Butch Forehand, owner and founder of the Anchor, to talk about the history behind the legendary beach seafood spot.

"I have a pretty extensive background in fish and saltwater - particularly the Chesapeake Bay," says Forehand.

It all began in the early 70s. Butch Forehand, now 70 years old, was an Earth and Space Science teacher at Kempsville High School at the time. During the summers, he began helping out a college buddy in his restaurant as a side job. Nicky Michaels, whom he had attended college with at Frederick College, brought Butch on board at the King of the Sea Restaurant, located at 27th Street and Atlantic Avenue. He started off helping in the kitchen, and then found himself there about six days a week.

"Nicky Michaels, he was the one who taught me to cook, and instilled in me the interests of the restaurant business," Forehand says.

Eventually in 1975, Butch left teaching altogether (he had been teaching Earth Science at Kempsville, then English and biology at First Colonial) and decided to enter the seafood restaurant business. That was the birth of The Helmsman.

Butch actually opened The Helmsman, which he named, in 1977 with a couple other partners. (It's now Harpoon Larry's on 24th Street.) They operated The Helmsman until 1984 - when he decided to open The Anchor Inn with his youngest sister of four, Pam, and his brother-in-law, Bob Brooks. Butch talked a little about co-owning a business with family members.

"They were very good partners. A lot of times, families have problems with that, but they are good folks. We never had any problems."

The Anchor Inn made several voyages throughout the years - several different locations. It started off at Vista Circle in 1984 (which is now Chick's Oyster Bar); then moved to the Kempsville area on Newtown Road; Church Point; Marina Shores; and then, finally, North Landing Road, by the courthouse.

The Anchor is co-owned by Butch Forehand; his wife, Ruthie, who is also a nurse practitioner at Lifeway Family Physicians; Scott and Donna Forehand; and Renee Zinno. Butch explained that Pam and Bob Brooks had also been silent partners in the business up until 2005, but they decided to "hang up the apron" at that time.

Over the years, hundreds would gather at The Anchor Inn for charity events - the most memorable being the 'People and Paws" Hawaiian themed luaus, held around Cinco de Mayo. The luaus would raise money for The American Cancer Society, Alzheimer's Association, and the VBSPCA. Forehand says he and his staff definitely have a soft spot for animals and pets.

"We always take care of the SPCA. We are all animal lovers here."

It's no accident that Butch Forehand went from teaching science and biology - to owning a seafood restaurant. The Ocean View native has a distinct wealth of knowledge and passion for all things marine and nautical.

"I was born and raised in Ocean View, five houses down from Harrison's Pier. I fished and crabbed the whole time I was down there. I went to Granby High School."

Butch tells me about his early childhood adventures in the Chesapeake Bay.

"I used to fill a bushel basket up with fish heads. I would stand out on the jetty, with the bucket, some kite string, and an oyster shell. I would tie the oyster shell on with a weight; tie it with fish gills. I had an intertube to hold the bushel basket, in the water."

He would fill his bucket up with crabs, "after an hour and a half. Then, my mother would cook them - fresh crab cakes in the middle of February. That's what I remember."

The walls of The Anchor Inn restaurant certainly reflect that passion - over a dozen mounted fish and dolphin are up on the walls, displayed for the restaurant patrons. Each of them, with a story.

"I was born and raised on the Chesapeake Bay. Interested in animals, always," says Butch.

"My wife Ruthie, she caught that bull dolphin over there. And Scotty, my son, he caught that white marlin, there." He told me the story behind each and every creature, most of them caught by him or his family members. (pictured below)

So, what will happen after New Year's Eve, when the Anchor closes its doors?

"Lots of people say they will be bored in retirement. But I am looking forward to it. I want to get the bike out, re-grease it, and take the dogs out more during the day."

The Anchor Inn will officially close on New Year's Eve at midnight. Call 1-757-698-3456 to make a reservation before then - be sure to try Ruthie's award winning Key Lime Pie for dessert. 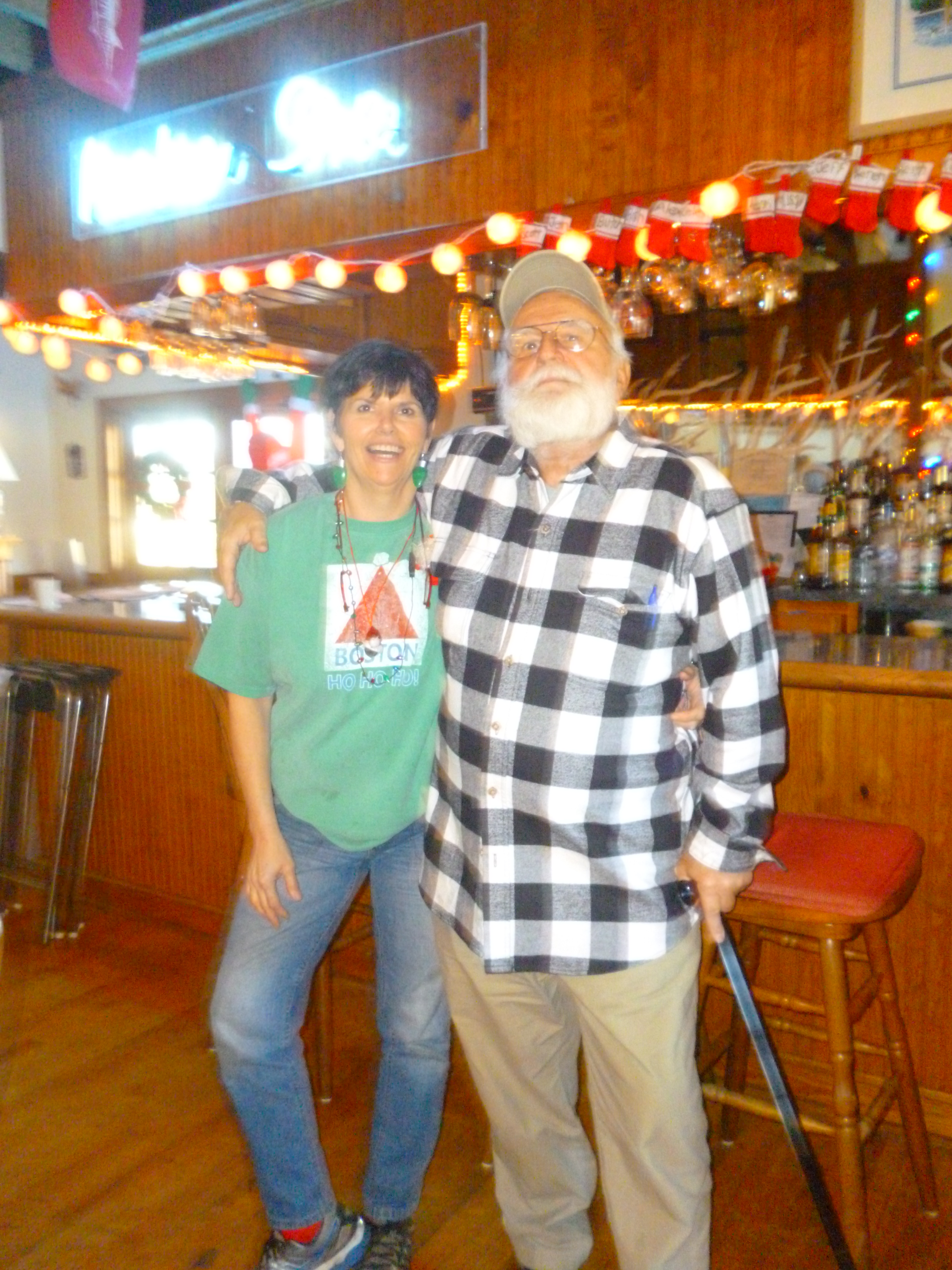