Sure every Redskins fan celebrates when Alfred Morris follows his touchdowns up with a homerun, but for a few Yorktown little leaguers, it's even cooler!

The team of 9 and 10 year olds met the rookie this summer when they were up in Ashburn for a tourney. Morris was staying in the same hotel. The parents watched as their little superstars became buddies with a future football phenom!

He even rode the bus with the boys to their last game that week and cheered the boys.

This guy they had never heard of became a success right before their eyes. He taught them they could do it, too. 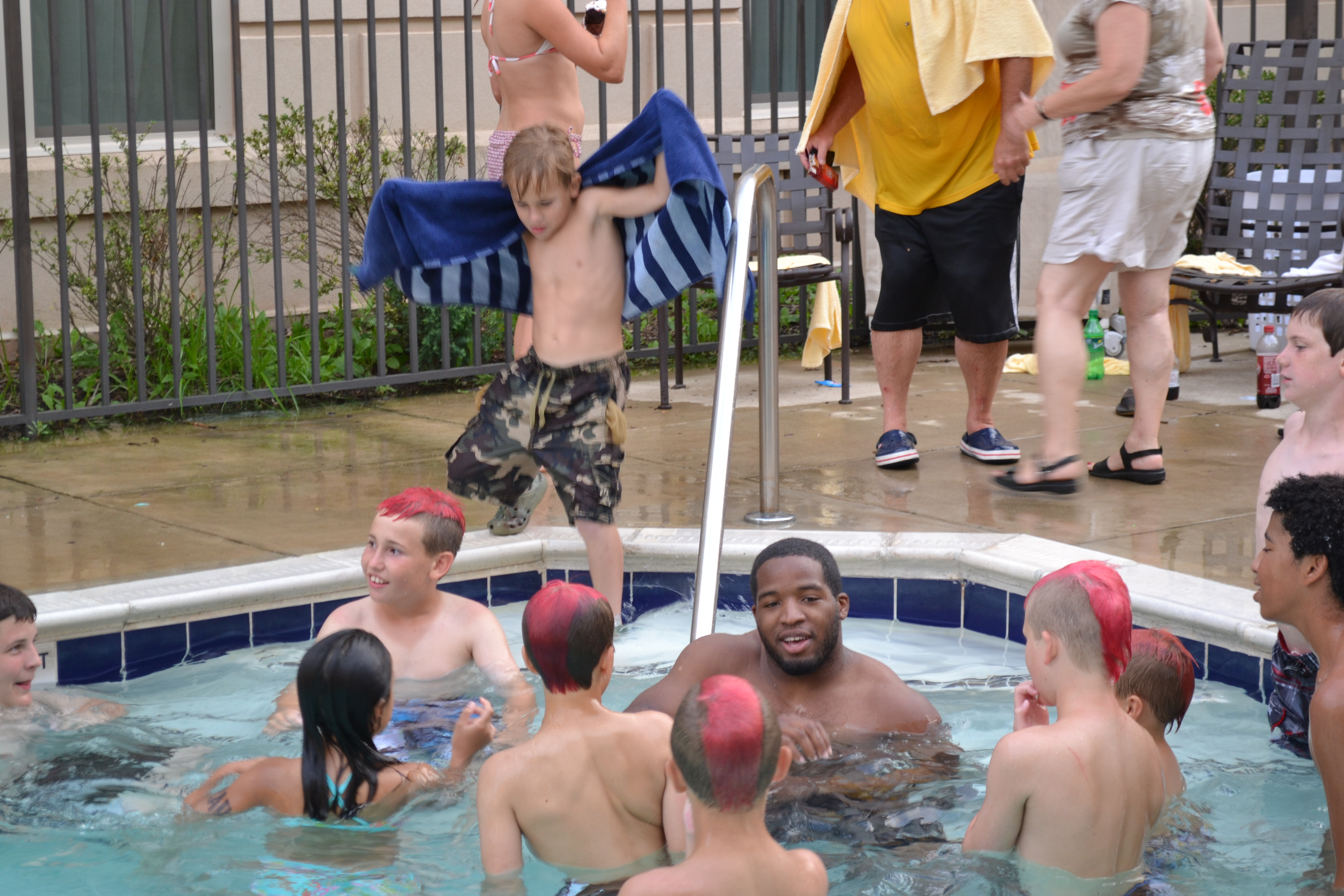