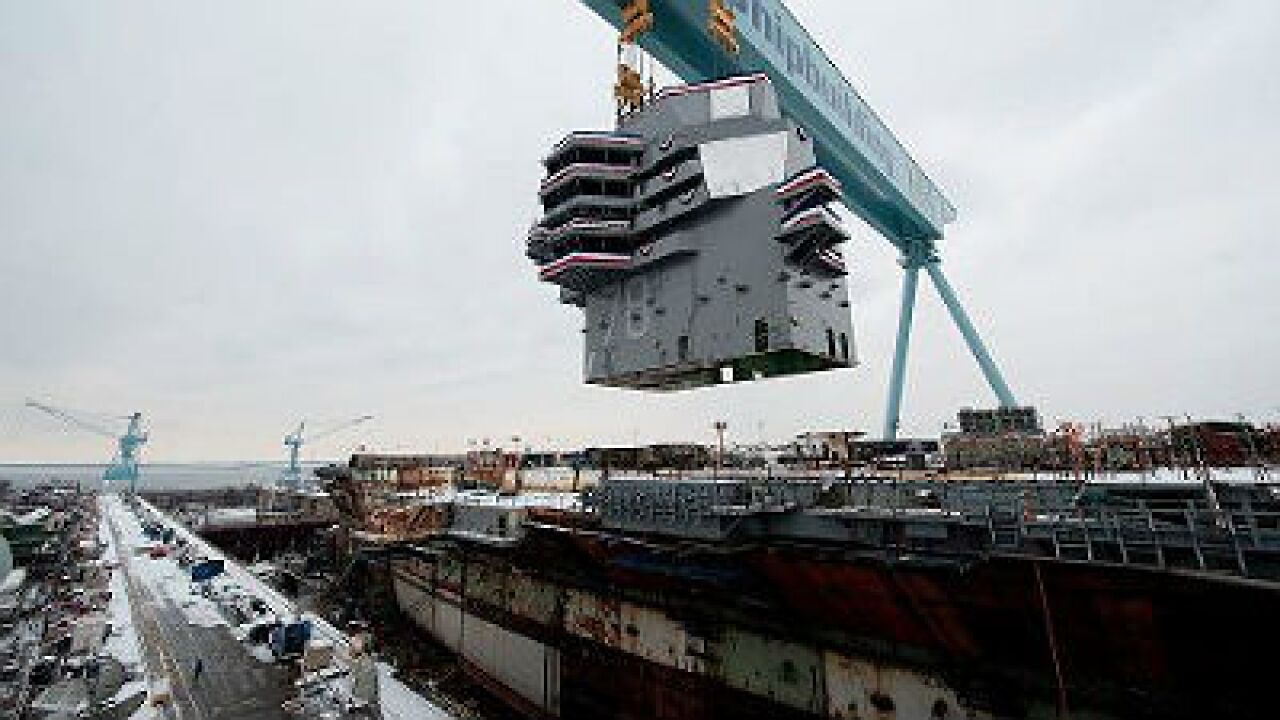 Today marks the end of structural work on the Gerald R. Ford as the ship's island was lifted aboard at 11am.

The landing of the island on the aircraft carrier Gerald R. Ford (CVN 78) is one of the largest super lifts in the ship’s construction, according to Newport News Shipbuilding. At the time of landing, the island weighed 555 tons (493 tons of structure, 62 tons of equipment).

The Ford island is 30 feet wide and 60 feet long at the flight deck base; the island rises 72 feet above flight deck and incorporates nine individual deck levels. The island is shorter in length, but stands 20 feet taller than the previous aircraft carriers’ islands.