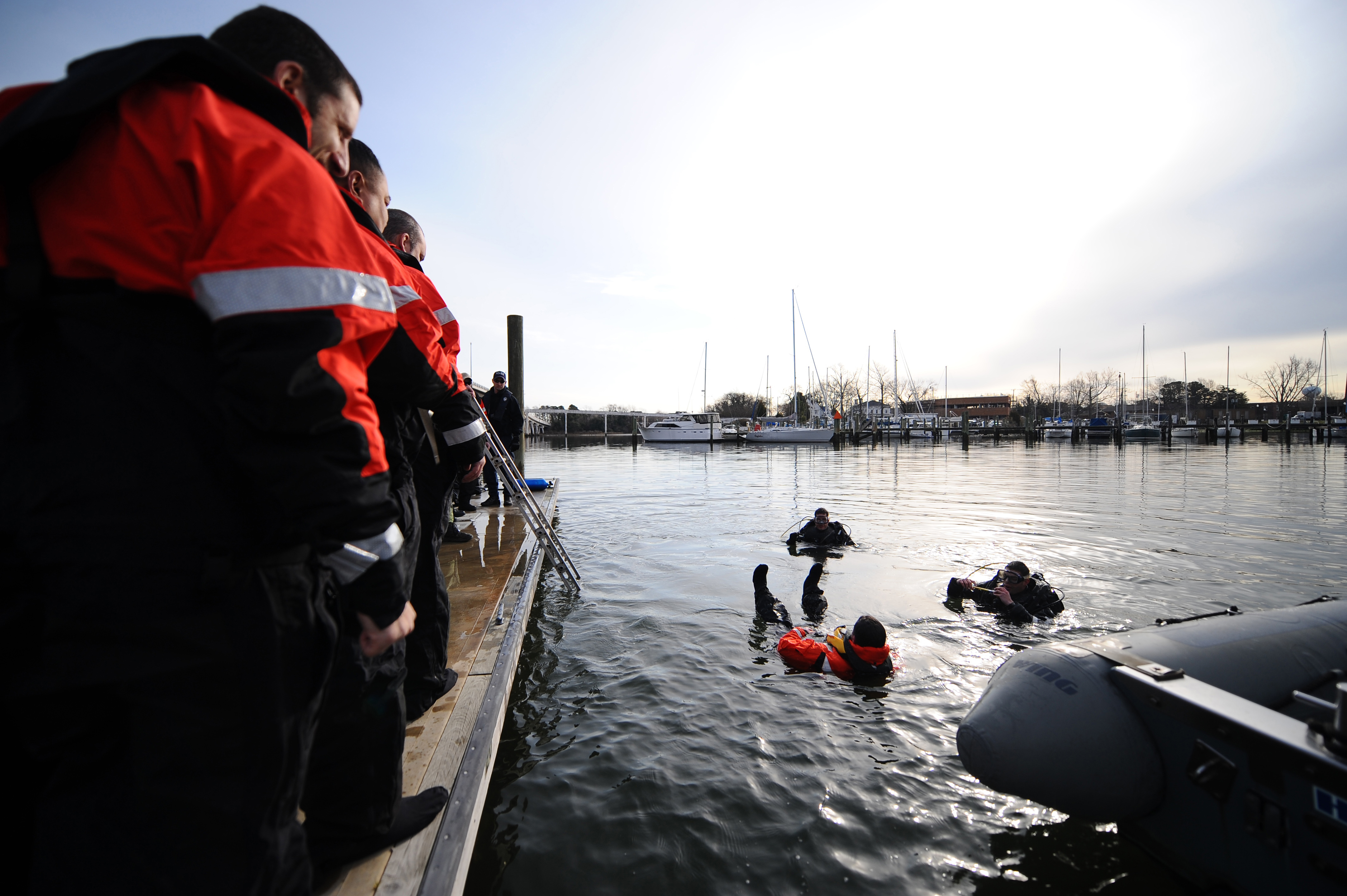 Portsmouth, Va. – The Coast Guard and the Virginia Port Authority are hosting the 7th annual search and rescue forum, which started Monday and ends Friday in Hampton, focusing on increasing first responders’ teamwork and communication on the water during an emergency.

“This is an opportunity for all the first responders in the Port of Hampton Roads to bring their fire, police and marine police units together to train and learn best practices in collaboration in advance of search and rescue season, which is right around the corner,” said Capt. John Little, the captain of the port for Hampton Roads. “It could be that another government agency may arrive on scene before we do. It’s important for them, as a first responder, to know how to run a search and rescue case, how to conduct search patterns and know what the communications are going to be with the Coast Guard command center.”

At one station, members were able to don a dry suit and entered the water using an inflatable personal floatation device and later learned and demonstrated proper techniques for safely recovering a person from the water.

“We’re exposing them to a cold water immersion, letting them experience how their dry suit works and how it will protect them from the elements,” said Lt. Jim Forbes, a member of the Hampton Police Department. “They also get to experience the deployment of a hydrostatic inflatable personal floatation device as many have not worn a device when it deployed. It’s all about building [rescuers’] confidence.”

A new aspect of this year’s forum is the addition of the boom deployment training, which will allow other government agencies to assist the Coast Guard in protecting environmentally sensitive areas during an emergency.

“Whenever you’re doing any type of maritime response, there’s always a threat of pollution,” said Little. “One of the mechanisms to control that is boom and it takes boats to tow it. This is a great chance for other agencies to become proficient at boom deployment.”

“This is really organized by the port authority in collaboration with the Coast Guard,” said Little. “We see this as being not only a best practice, but something we look forward to developing into a better program each year.”

The search and rescue forum has been held in Hampton for the past three years.