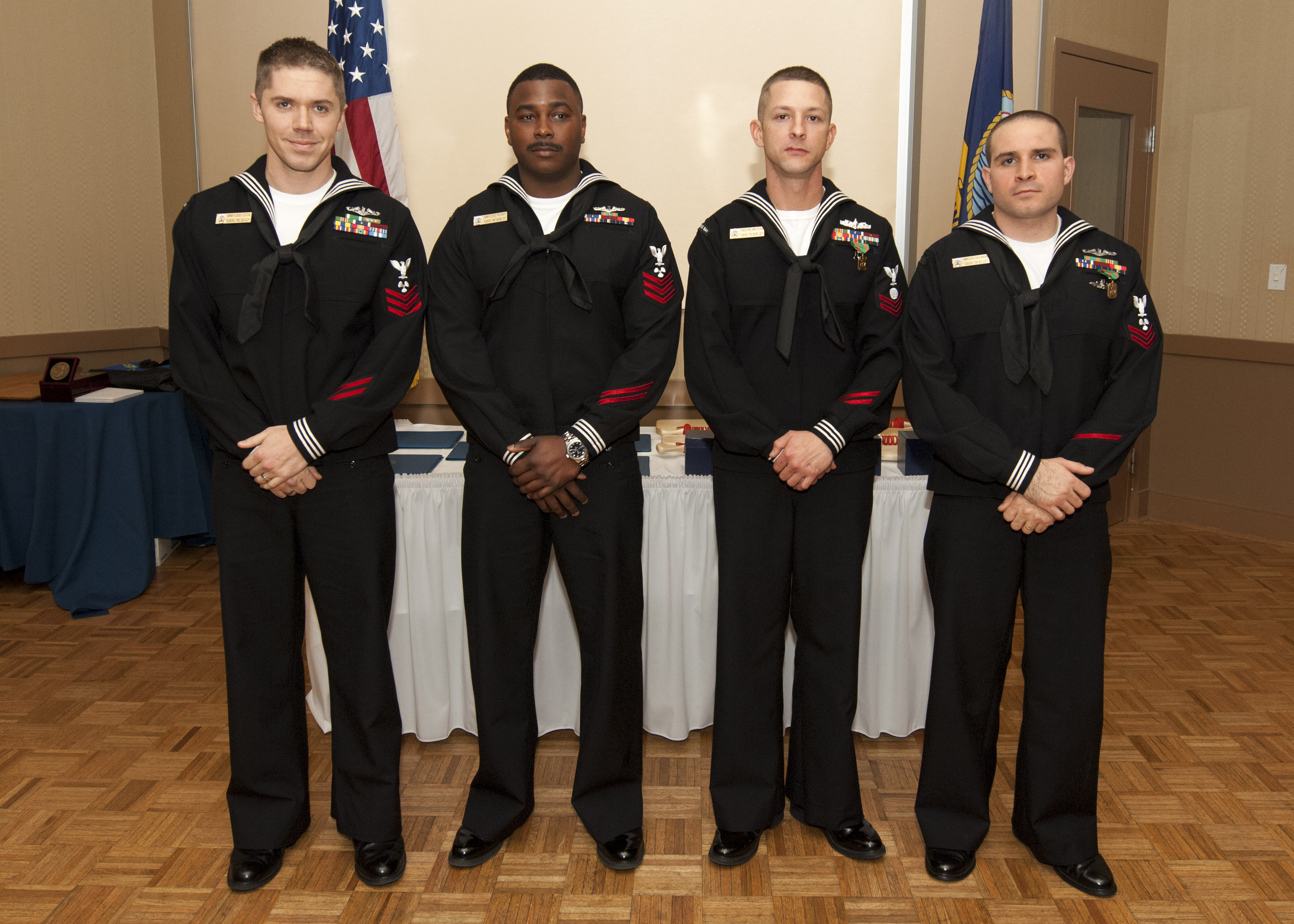 The 2012 SUBLANT Senior Sea Sailor of the Year was Petty Officer First Class William E. Cox, a nuclear-trained and submarine-qualified machinist’s mate assigned to the Los Angeles-class attack submarine USS Montpelier (SSN 765), home ported in Norfolk, Va.  The Denton, Texas native graduated from Ryan High School in May 2001, and joined the Navy in September 2001.  He is also the Commander, Submarine Group Two (CSG2) Senior Sea Sailor of the Year, headquartered in Groton, Conn.

“It is an honor to be selected,” said Cox.  “But the recognition is not just for me, it is also for my chain-of-command and my shipmates, as they were responsible in allowing me to make it this far.  I never expected to receive this type of recognition, but the selection shows that hard work and maintaining high standards can yield great results.  I appreciate the mentorship and leadership that my chain-of-command invested in me, and also the hard work from all my shipmates.   Hopefully, this career milestone will help me in my pursuit of advancement to chief petty officer.”

Petty Officer First Class Jared A. Leary was recognized as the 2012 SUBLANT Senior Shore Sailor of the Year.   He is a nuclear-trained and submarine-qualified machinist’s mate assigned to the Nuclear Regional Maintenance Department, New London, Conn.  Born in New Orleans, the 27-year-old Sailor is a 1985 graduate of Kenwood High School in Clarksville, Tenn., and joined the Navy, April 27, 2004.  He was also the CSG2 Senior Shore Sailor of the Year.

“This selection is the culmination of a significant amount of hard work by myself, friends, and family to ensure I maintained the excellence and highest level of professionalism,” said Leary.  “Without the experience and technical expertise of my shipmates, and without the trust, pride and honor instilled in me by my leadership, this recognition would not be possible.  So this is not an individual award, but a recognition for a team of expert leaders and professional Sailors who allowed me to succeed through my career.  The selection process has been incredibly humbling, as you find yourself surrounded by the best and brightest in your craftt.”

“This whole experience was incredible,” said Rucinski.  “I could not have done it without the support and work ethic of my shipmates – they got me to where I am today.  I have been privileged to be led by some great chiefs who believed in me and gave me the chance to lead.  However, I am most happy for my wife to be present with me as it was her support that pushed every step of the way.  I am grateful to be able to share this moment with her.”

Walters is an enlisted surface warfare- electrician’s mate assigned to the TRIDENT Refit Facility in Kings Bay, Ga.  A native of Pensacola, Fla., he is a 2000 graduate of Pensacola Catholic High School, and joined the Navy in April 2004.  Walters was also CSG10 Junior Shore Sailor of the Year.

“I am really in awe and some shock having been selected from this group of excellent Sailors,” said Walters.  “It is a great accomplishment and a career accelerator for me, as I can use this as a springboard in making first class and chief.  But I wouldn’t be here without the support of my shipmates and civilian counterparts in my workshop.  They have led me down the right path in giving the Navy 100% of my full potential and dedication.”

“Submariners comprise a small elite force providing even a larger contribution to the maritime security mission of our Navy team,” said Saunders.  “The SUBLANT Sailors who participated in this year’s Sailor of the Year competition embody the warfighting spirit of all undersea warriors.  During the last several days it has been an honor to meet them and their families.  I am confident this group of young warriors will provide a foundation of strength that will enable the submarine force to continue our dominance of the undersea domain.  They all have a very bright future.”