WASHINGTON (CNN) -- The remains of two men found in the wreckage of the Civil War ironclad USS Monitor 11 years ago were to rest Friday in Arlington National Cemetery in Virginia after an extensive but unsuccessful quest to discover the sailors' identities.

In what seems like a real-life "CSI" episode, a military lab was able to narrow the remains' identities down to five or six men using DNA samples, facial reconstructions and bones -- but not to the individual sailors. With the measurements from the remains, examiners were able to determine scientifically the average height of the individuals and their age. One of the sailors' teeth had been worn away where he held a pipe his whole life. 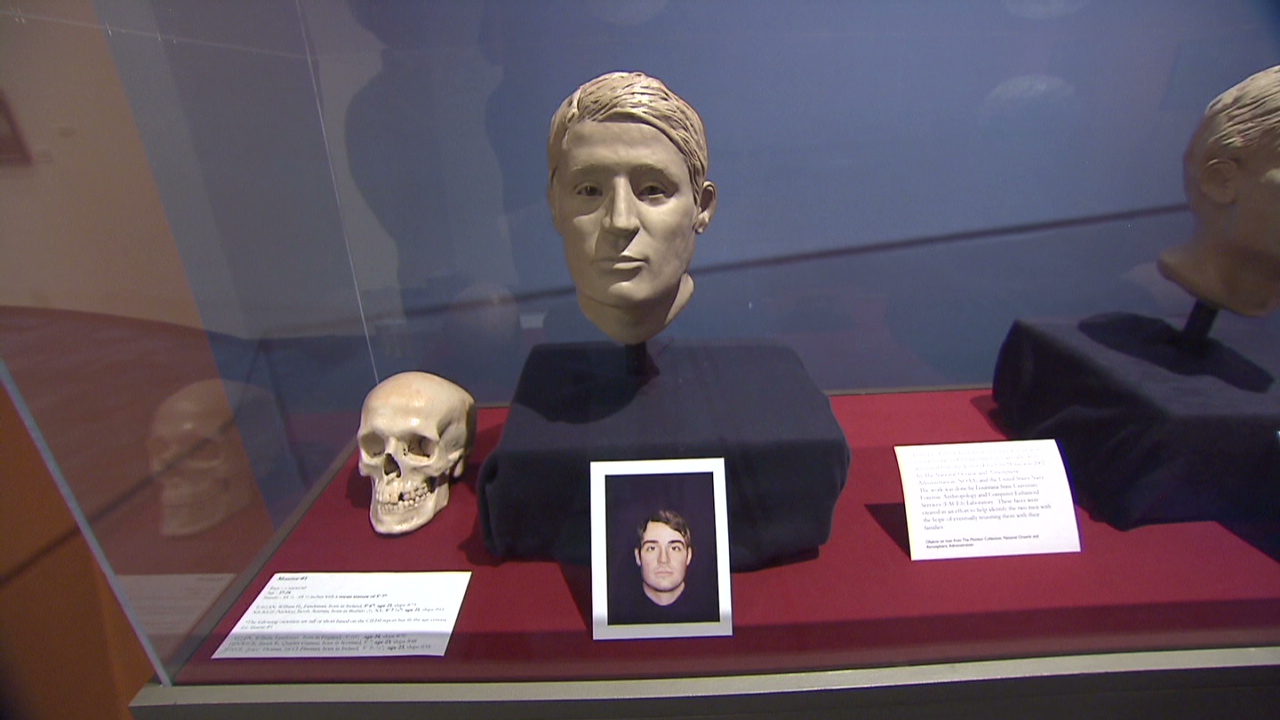 The researchers also had other clues like the items and clothing left with the two men, including buttons from a uniform, a gold ring, a comb, some coins and a pair of mismatched shoes.

One of the sailors "had a different shoe on his left foot than he did on his right," said David Krop, the conservation project manager for the Monitor. "It is hard to explain why that is. One of the possible options is as these guys were leaving the ship the night of the sinking, it was chaotic, it was dark. Perhaps they just grabbed the nearest clothing they could find."

The Monitor's 1862 battle against the Confederate ironclad CSS Virginia was perhaps the most famous naval engagement of the Civil War, signifying the end of wooden warships and the move to ironclad ones. The two ships traded point-blank shots at each other in the Battle of Hampton Roads before both withdrawing from the fight, each crew thinking the other had either been sunk or damaged enough to retire.

On December 30, 1862, the Monitor was caught in a storm while being towed off Cape Hatteras, North Carolina. Although equipped with various engines and pumps, the ship couldn't keep up with the volume of water rushing in, and it sank to the bottom with 16 sailors.

The Monitor went undetected until 1973. The two crew members' remains were discovered in 2002 some 240 feet below the surface in the ship's 120-ton turret. Due to the location of the remains, it's possible the two were trying to get out through the gun turret when the ship went down. In addition to the remains in the turret, there were shoes, coats, boots and other personal items -- as if the crew members had been discarding clothing to keep from being pulled down into the water as they tried to escape.

As they narrowed down the men's identities, investigators were able to eliminate African-American sailors and officers. The bones were Caucasian, and the buttons were not from officers' coats.

More than 30 living descendants of the crew were to attend the Arlington burial. Because the remains are being buried as unknown, these two men will represent all 16 lost.

"The definition of family in this particular case is a little different than in a contemporary casualty loss," Krop said. "They view them as their ancestors, and they are there to honor all 16."

"Whether it was 150 years ago or two weeks ago in Afghanistan, the nation's commitment to bringing (its) fallen home, laying them to rest and returning them to their families stays as strong today as it ever was."

"We needed to take all the appropriate steps necessary to recover those sailors with all the honors and dignities," Scholley said.