Madonna the squirrel monkey gives birth at the Virginia Zoo 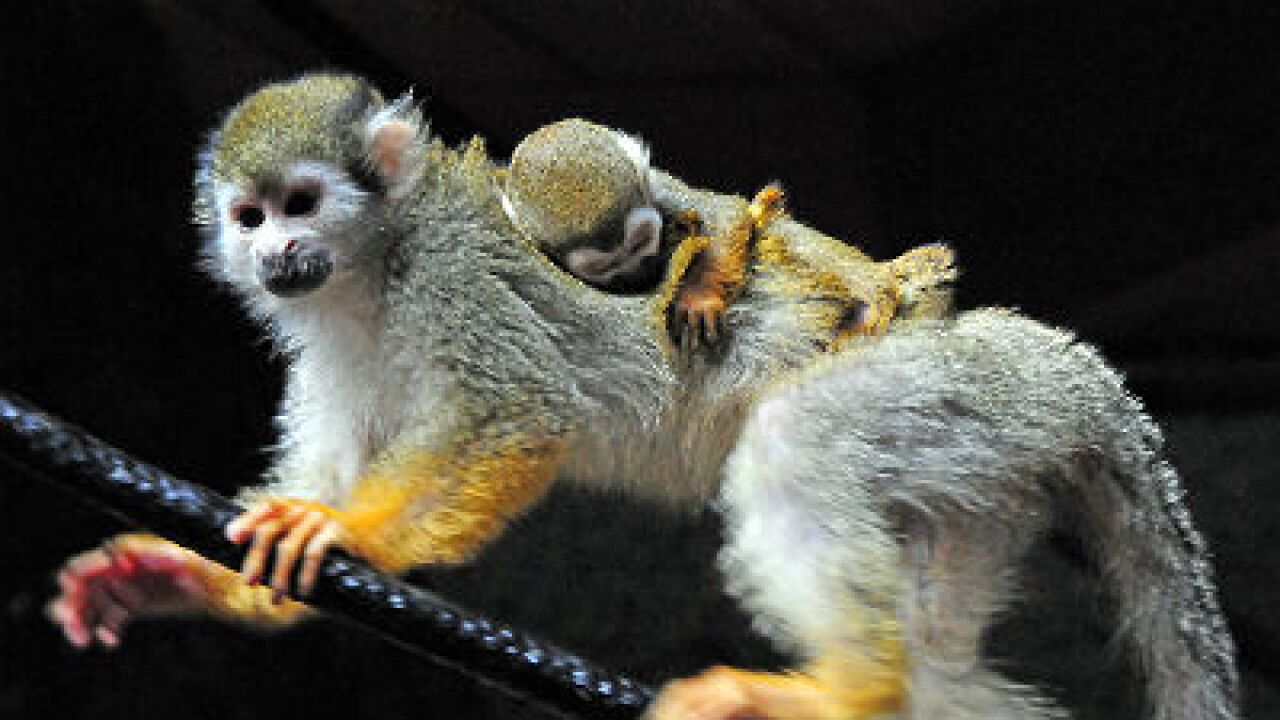 Norfolk, Va. – The Virginia Zoo welcomed a baby squirrel monkey to the world this week.

Madonna the monkey mommy delivered late Friday night or early Saturday morning, and was discovered with the new baby clinging to her back Saturday morning by zookeepers.

“Squirrel monkeys are really fun to watch and have become quite the harbinger of spring here at the Zoo,” said Greg Bockheim, the Zoo’s executive director. “Seemingly every year we have a new baby squirrel monkey when spring is on its way. This is the 19th born here since 1967.”

The tiny primate joins its mother, proud papa Jeebes and four other squirrel monkeys, though two of the monkeys are scheduled to be transferred to other zoos within the next few weeks.

Squirrel monkeys have the proportionately largest brain of all primates, with a brain to body mass ratio of 1-to-17. Humans, by comparison, have a 1-to-35 ratio. Adult squirrel monkeys range from nine to nearly 14 inches, plus a 13 to 17-inch tail, and weigh in from one to just over two pounds. The males are usually larger.

Found in the tropical forests of Central and South America, squirrel monkeys spend most of their time in trees and are primarily active during daylight hours. Unlike many other New World monkeys, their tail is not directly used for climbing, but for maintaining balance as they run and jump among vines and branches. The tiny primates live together in groups of up to 500 males and females. Squirrel monkeys are omnivorous, eating primarily fruits and insects. They live roughly 15 years in the wild, but zoo residents can reach 20 years old.