4-year-old with cancer surprised with a custom playset 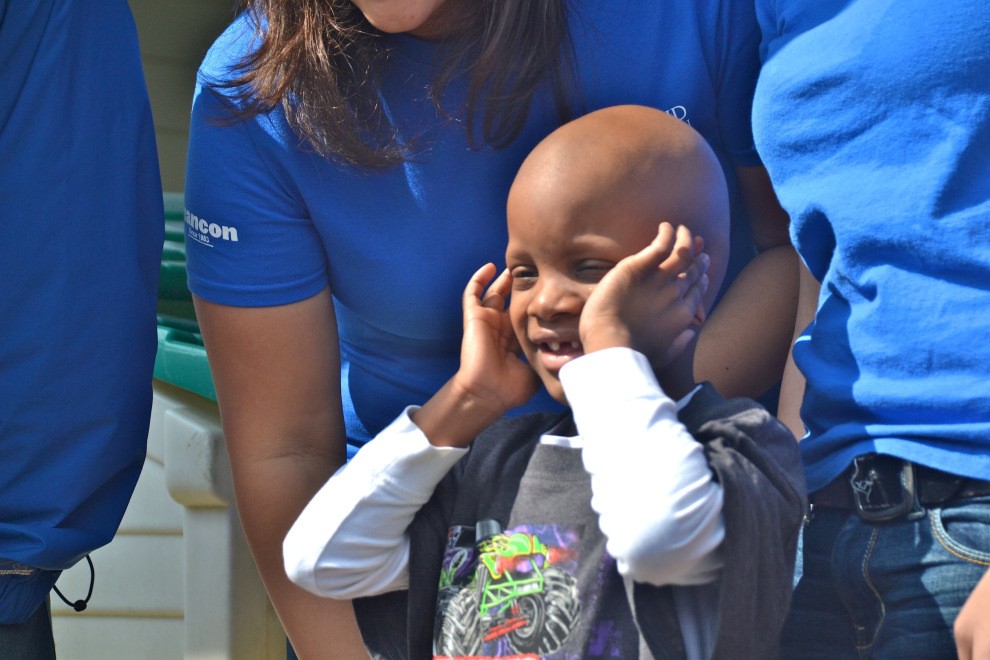 Saturday morning, 4-year-old Ethaniel DeJesus from Virginia Beach, who is being treated for kidney cancer at CHKD, was surprised with a new custom playset from the Roc Solid Foundation and sponsor Mancon, Inc.

Volunteers from both groups worked hard yesterday and this morning to construct the playset in Ethaniel’s backyard while he and his family were taken out by limo to breakfast and a bounce house center.

Dozens of friends, neighbors, family members and volunteers greeted him as he saw the playset for the first time and then enjoyed a celebratory backyard cookout.

This project is part of Roc Solid’s Play It Forward program, which has constructed dozens of playsets for local children battling cancer. This was the first event of the 2013 Play It Forward season, which will include at least 22 playset builds.

Roc Solid Foundation, was founded in 2007 by pediatric cancer survivor, Eric Newman. With the goal to build hope for children battling childhood cancer, Roc Solid has developed a number of programs to support and encourage them from diagnosis through treatment and beyond.