Update: The driver who is accused of slamming an SUV into a gas pump causing it to go up in flames is now behind bars.

He has been identified as 22-year-old Keith Wendell Lauder of Hampton.

Newport News, Va. - Keith Wendell Lauder, a 22-year-old Hampton man, is now behind bars after being accused of hitting a gas pump causing it to burst into flames.

This occurred at the Shell Gas Station on Warwick Blvd. at the intersection of Elm Avenue Tuesday morning.

James Greenhow, a school resource officer, says he was driving to work and he saw the whole thing happen while sitting in traffic.

He told NewsChannel 3 that he got out of his car, went to the Shell Station and walked up to the driver of the SUV. The driver also exited his vehicle.

He said the man seemed a bit disoriented and he was stumbling in the parking lot. He says the driver then took off running, but he was able to catch him only a block away from the gas station.

The driver of the SUV is now charged with reckless driving, two counts of destruction of property, leaving the scene and suspended driver's license.

He was also taken to a local hospital with apparent non-life threatening injuries.

Stay with NewsChannel 3 as we continue to learn more about this case. 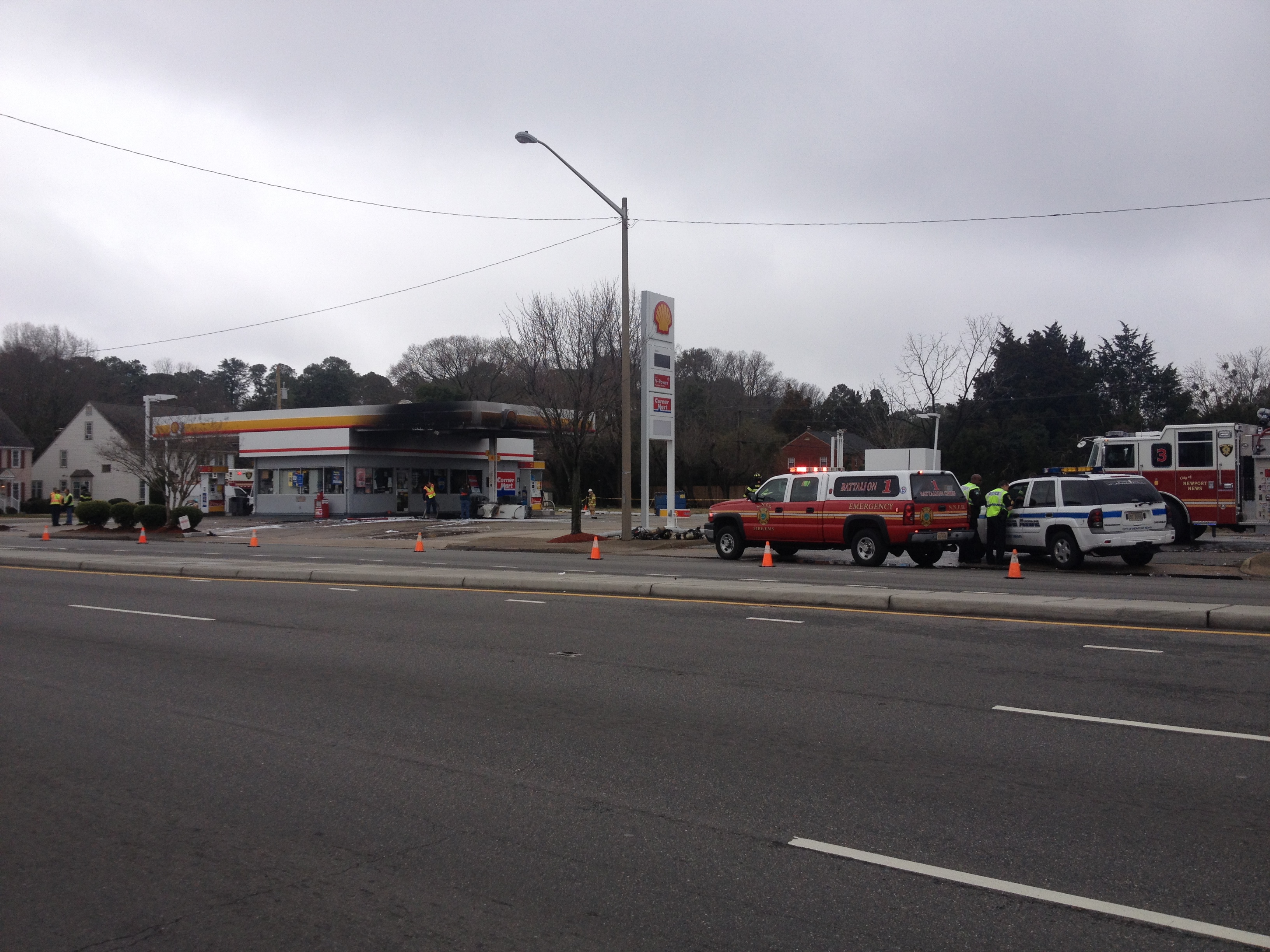