Norfolk, Va. - The Virginia Zoo in Norfolk welcomes two new additions to the zoo family - and NewsChannel 3 got a sneak peek on Thursday.

Two young Malayan tigers will soon make their debut at the Virginia Zoo. Say hello to Christopher and Api. 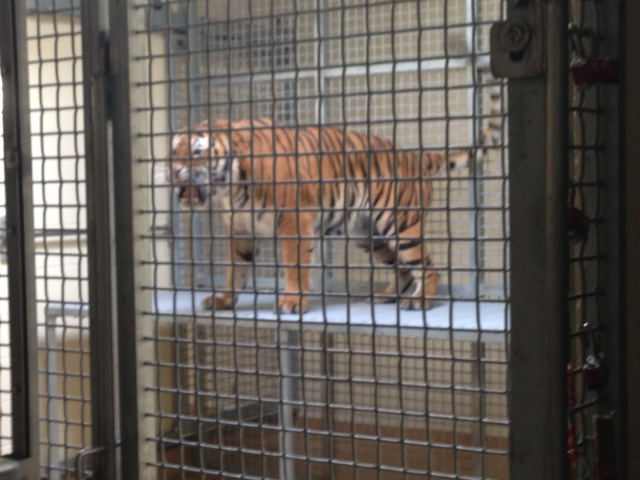 Christopher, a 2-year-old male, got up close and personal with NewsChannel 3's Dominic Brown. Christopher came to Norfolk all the way from the San Diego Zoo.

And then there's Api. Api is a 3-year-old female, and zoo officials tell NewsChannel 3 they hope to breed Api and Christopher someday - after a proper introduction.

Api actually turns 3 years old on Friday, April 5, 2013. She came all the way from the Bronx Zoo, officials say.

These two tigers joined the Norfolk zoo family back in February of 2013. They are currently isolated from the public, and will not be in their exhibit until later in April.

Once these two are ready to begin life in the exhibit, they will do so one at a time. Zoo officials say this is because they would like Api and Christopher to "meet" each other in a monitored setting.

Find more information on the tigers and The Virginia Zoo, HERE.