Commanding officer of USS Guardian, three others relieved of duty 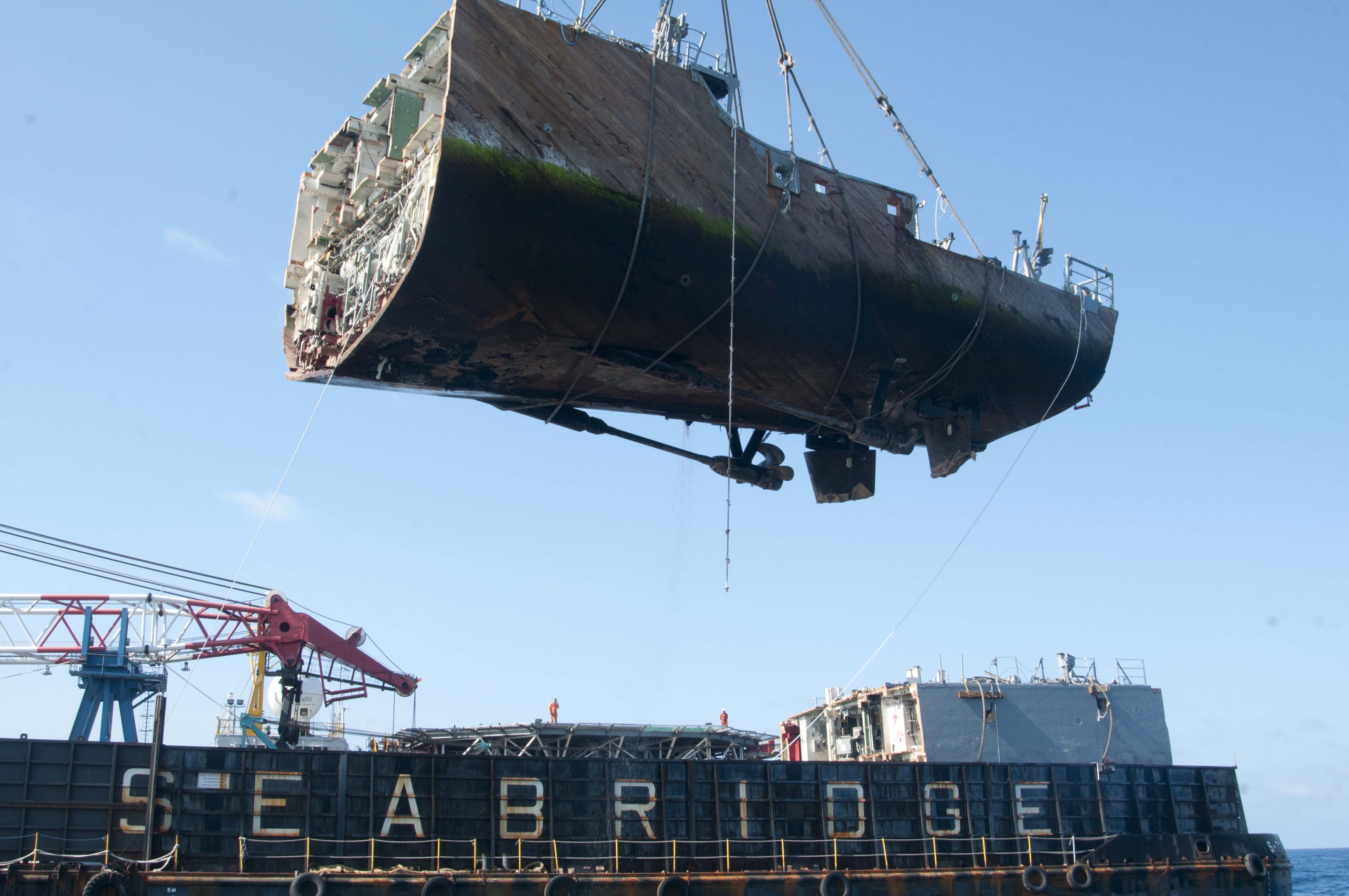 The commanding officer of the former minesweeper USS Guardian and three others have been relieved of duty following the initial investigation of the grounding of the ship on a Philippine reef in January.

The Navy was forced to cut the ship into pieces to remove it from the reef.

Lt. Cmdr. Mark Rice, executive officer Daniel Tyler, the ship’s enlisted assistant navigator and the officer of the deck at the time of the ship’s grounding were all relieved, according to Stars and Stripes.

Rice and the others were relieved by Rear Adm. Jeffrey Harley, commander of the Sasebo, Japan-based Amphibious Force 7th Fleet. Harley cited a “loss of confidence” in Rice’s ability to command, a common reason cited when Navy commanders are relieved.

Rice is at least the seventh Navy commanding officer to be relieved of duty this year.

All of the relieved sailors have been reassigned to Expeditionary Strike Group 7 headquarters in Sasebo pending completion of the investigation, officials said Thursday.

The final pieces of the ship were removed from the reef March 29th. The total cost of the removal was about $25 million according to the Navy.

Read more at Stars and Stripes.