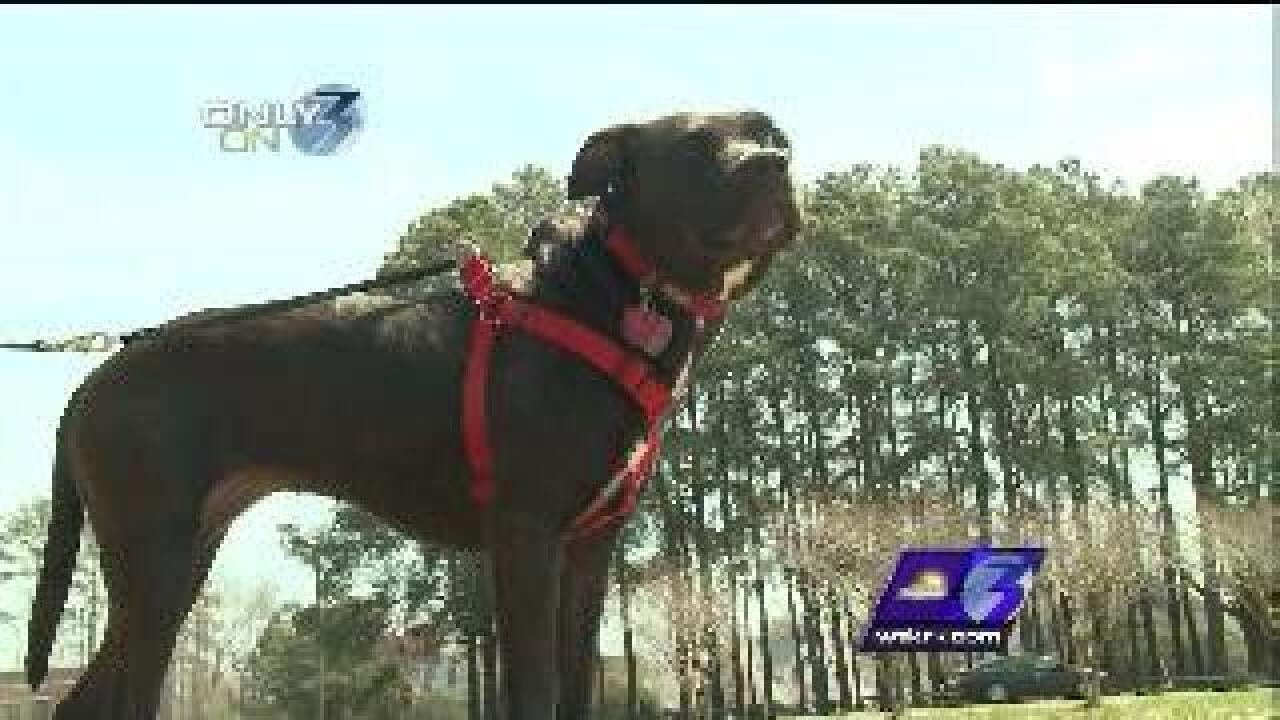 Portsmouth, Va. - A dog found chained and near death in a Portsmouth yard last September is surviving and thriving.

The Portsmouth Humane Society named the lab mix "Hope" after she was found chained in a yard off Virginia Avenue.

Animal control officers originally thought the dog was dead based on her emaciated state and the swarm of flies that surrounded her.

However, Hope opened her eyes when they approached and that movement marked the start of her road to recovery.

Up until NewsChannel 3's exclusive visit with Hope on Monday, this photo taken several days after she was found was all folks had seen of Hope.

Michelle Galyo, a licensed veterinary technician in Chesapeake, saw the photo and knew immediately that she wanted to adopt her.

"I cried. That was the first thing I did. She was skin and bones, she had hardly any fur on her," Galyo said.

Galyo says Hope's recovery over the past six months has been nothing short of remarkable.

"For a dog who went through what she went through, her recovery has come very quick," Galyo said. "She started off obviously completely emaciated, very anemic, she had a heart murmur. Now the heart murmur is gone, obviously she has put on weight, she’s lean and muscular and she’s just doing amazing."

There are still some parts of Hope's past that will forever be a part of her history.

"She has scars from the fly bites.Then on the sides of her neck she has marks from the chain and those are permanent unfortunately – they will never go away," Galyo explained.

He plead guilty in Portsmouth General District in November and was sentenced to probation and 75 hours of community service.

Now, Gaylo is looking to the future and what lies ahead for Hope.

"The future actually will entail getting her certificate as a good dog citizen and even doing some work as a therapy dog," Gaylo stated.