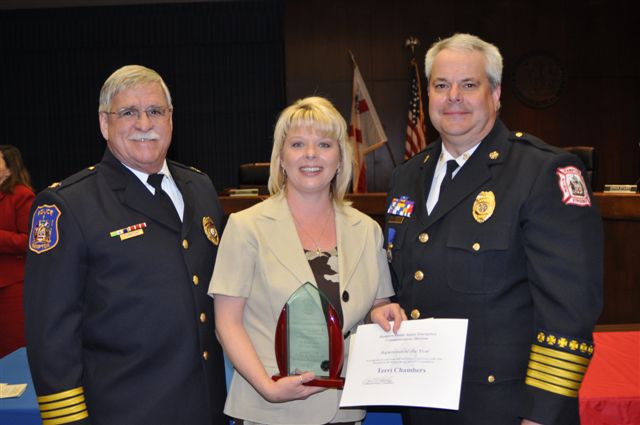 Hampton, Va. – The City of Hampton honored several of their telecommunicators who work in the Emergency Communications Unit.

A proclamation was presented by Councilman Will Moffitt and the Interim Hampton Chief of Police Thomas Townsend and Fire Chief David Layman presented various awards.

In total, 11 telecommunicators were honored for their outstanding service and dedication to the citizens of Hampton.