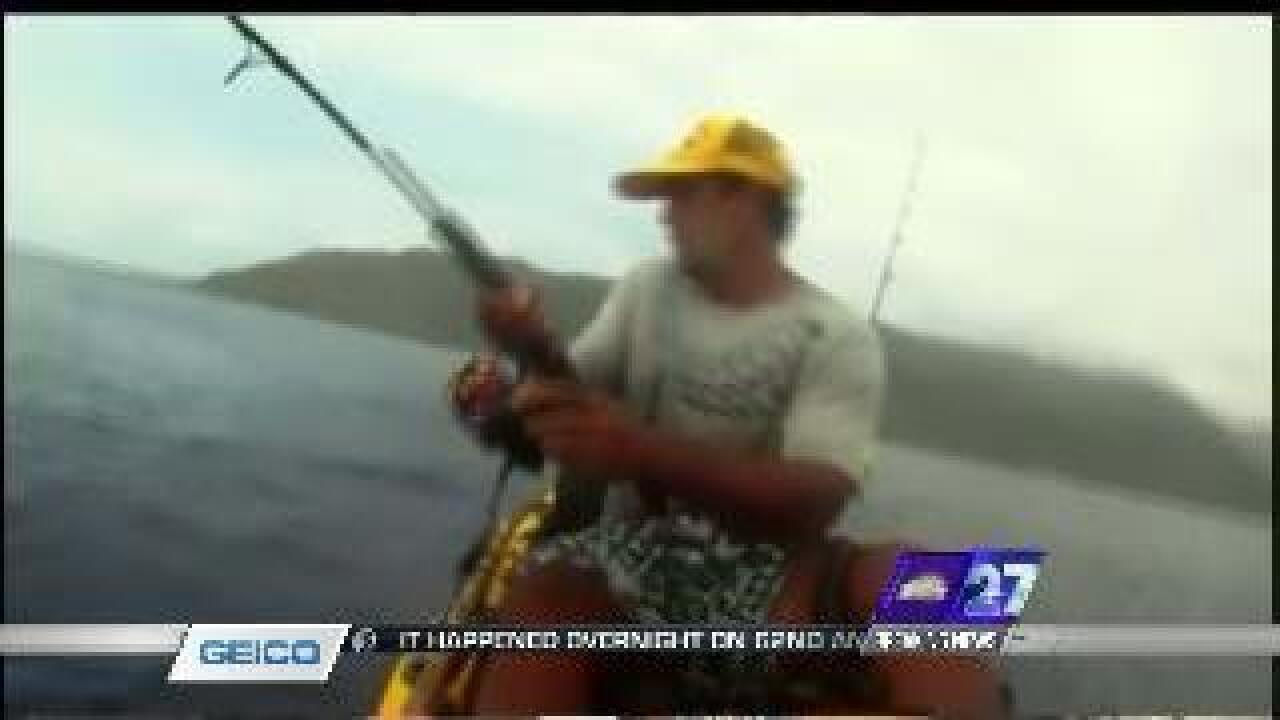 A shark steals a kayaker's fish.

But he is 'cool' with it - especially since he lived to tell us about it.

That's Isaac Brumaghim. Keep your eyes to the left of him.

That shark is jumping to take the kavakava tuna from the line!

Brumaghim still tries to reel it in...but the shark bumps the kayak.

And takes the fish.

"The shark made a circle, came around and ate the kavakava under my boat, hit my kayak and then it kind of hit me what just happened and I had a reaction to that."

"When an animal, particularly if a fish is distressed, it sends out electrical vibration signals, plus if it's hooked it's probably also leaking some blood, and all a shark needs is just one little small taste of that signal and it's going to make a beeline right for that target."

Brumaghim was fishing about two miles from shore near Waianae in his 16 foot kayak.

He is part of a group called Aqua Hunters.

And is fishing in an eight month tournament.

He stayed out and caught two more fish after the shark encounter, and a mahi in the same spot.

"People may say that is foolish, but I see it all the time. The shark is a part of the ocean, he is going to want fish. We're in his domain so you just have to live with it."

Live being the operative word - the 37-year-old father of three has lived to tell the tale.