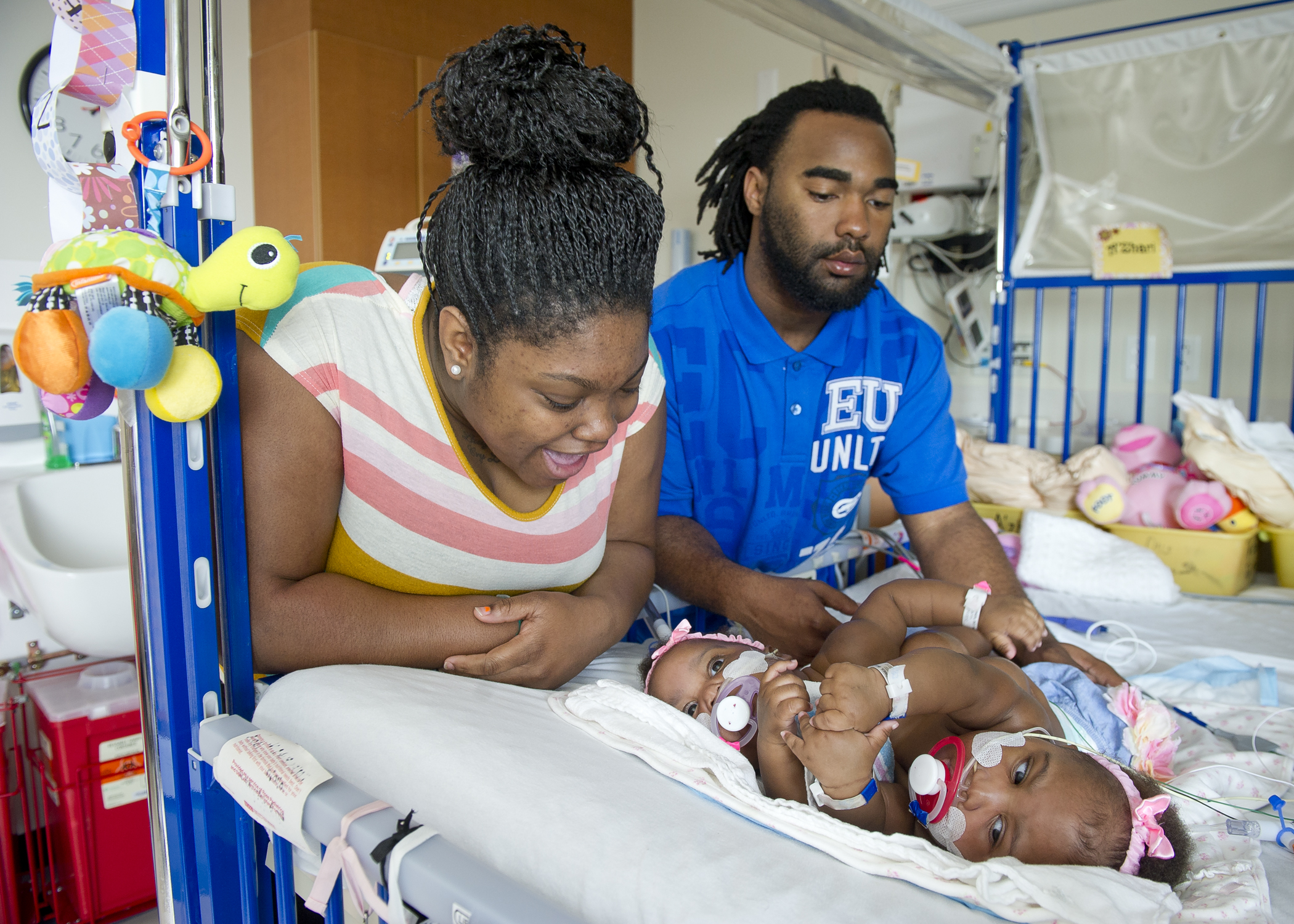 “They are sassy,” she says. “They are spoiled. They’re just everything. They have their own personalities.”

The twins, from Franklin, were born connected at the chest and abdomen. They shared a liver and pericardium, the double-walled sac containing the heart.

Their separation Monday in Richmond was the first of its kind in history. This was the first time doctors successfully separated conjoined twins in phases, with both twins sharing vital organs.

But in the beginning, for mom and dad, the future for their little girls looked bleak.

A few weeks after birth the girls became critically ill. It left doctors no choice but to separate their conjoined liver in October. They were still too young and weak to live fully apart.

Doctors were finally ready for the second and final phase early Monday morning.

“I was ready,” Jones says. “I have good faith. I didn’t have anything to worry about.”

After 14-hours in surgery and nearly 40 physicians, surgeons, and nurses helping out, A’zhari and A’zhiah were separated at the Children’s Hospital of Richmond at VCU.

“Like a big brick came off,” says dad Carlos Lawrence. “I just got release. Everything in me just felt better.”

Doctors say the girls will live full, happy and healthy lives as individuals. Doctors don’t think the twins will need any more operations or any long term medications.