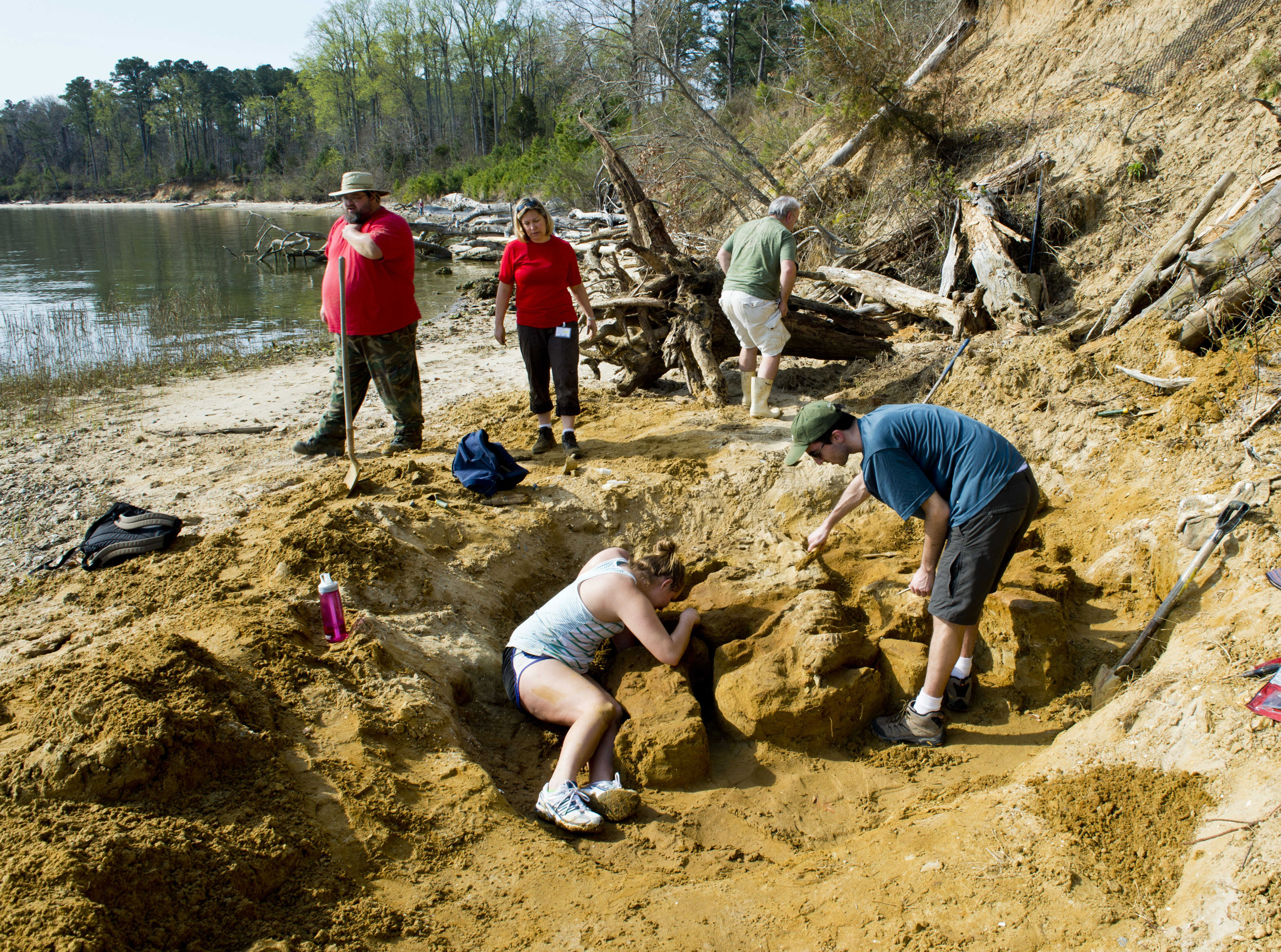 Yorktown, Va. – The bones of a seven to nine-million-year-old baleen whale have been discovered at Naval Weapons Station Yorktown.

A passerby spotted the fossils as they were walking on the beach last year.

The fossils were examined by paleontologists and stabilized for the winter in preparation for a spring excavation.

The excavation began on April 8th and was completed on April 11th.

Members of Navy Cargo Handling Battalion ONE, as well as volunteers from the College of William and Mary and the Virginia Museum of Natural History helped remove the bones.

According to a blog post by Dr. Alton Dooley, Curator of Paleontology at the VMNH, the team recovered parts of at least 16 vertebrae, both flippers and numerous ribs.