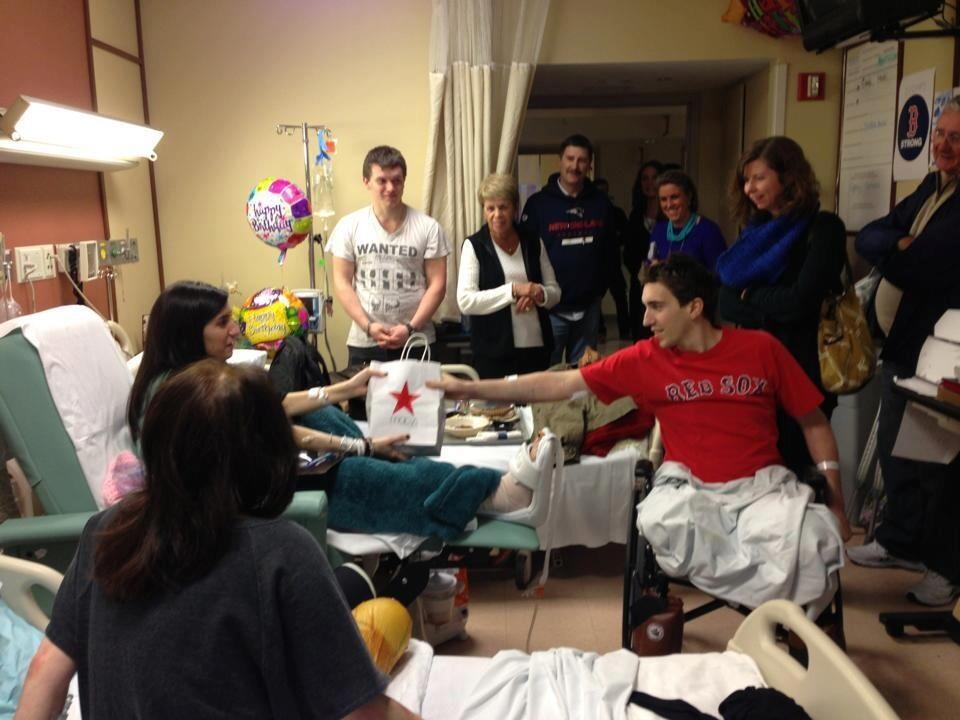 Celeste and Sydney Corcoran were watching for a family member who was competing in the Boston Marathon when the bombs went off.

Sydney was severely injured by shrapnel. Her mother, Celeste, lost both of her legs below the knee.

While the road has proven extremely tough for the duo, a few inspiring visits this week have helped to lift their spirits.

The most recent surprise happened when fellow Boston bombing victim and double amputee, Jeff Bauman, stopped by their hospital room Tuesday to deliver an 18th birthday present to Sydney.

The picture captures the true essence of humanity and compassion in times of adversity. It has been shared more than a thousand times on Facebook.

It’s much different than the first time we saw Bauman in a headlining photo, when he was being rushed to an ambulance by cowboy-hat hero, Carlos Arredondo.

An earlier visit to mother and daughter came on Sunday by a marine who had lost both his legs in the war. As Celeste wiped away tears describing her struggle, the confident marine encouraged her, saying she’d live out all the dreams she had planned before the bombings.