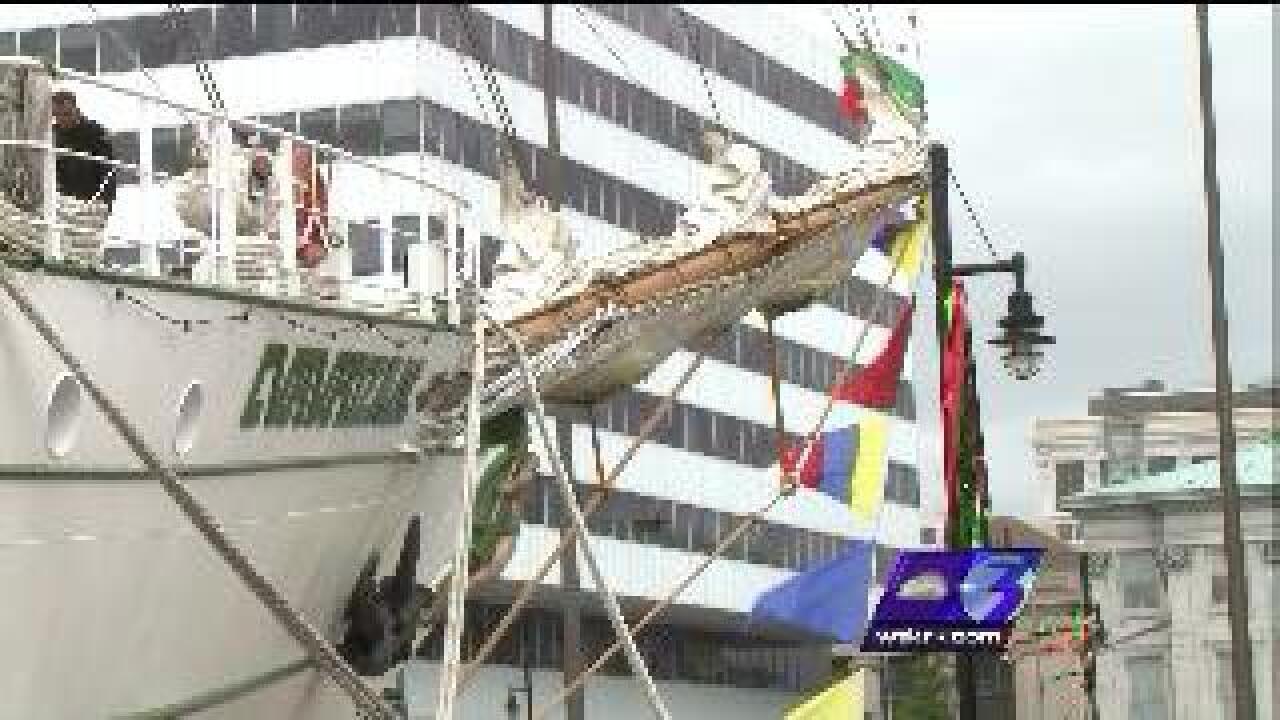 Norfolk, Va. - You don't see ships like this every day in Downtown Norfolk.

The 250-member crew aboard a Mexican tall ship, called the Cuauhtemoc, want you to check it out and experience the ambassador and knight of the seas up-close.

For more than 20 years, this ship has been a training vessel for the Mexican Navy, spending much of the year on the high seas.

An experience they've even had here as the only U.S. stop this ship will make before setting sail to France tomorrow.

This ship spends most of its time on the water, but when it's in port, you can actually tell how big this beauty really is.

It’s more than 200 feet long and NewsChannel 3 had a chance to tour this big ship from the outside to the inside. We were at the officers' dining area and even the bridge to check out the technology that keeps this beauty on track.

One area most people don't get to see on tour is the cadet mess hall, or rather, their home at sea where cadets eat and relax.

But this ship is not just intended for training. Instead, crew members say it's also a symbol of what Mexico stands for.

With 14 countries to go, the crew aboard the Cuauhtemoc says they're thankful for the hospitality they've had here in Hampton Roads.