Newport News, Va. - The final large piece of what will be the USS Gerald R. Ford aircraft carrier was lifted into place this morning at Newport News Shipbuilding.

The forward end of one of the ship’s catapults, which are used to launch aircraft from the ship, was lifted into place. The unit weighs 66 metric tons, is 75 feet long and is comprised of four steel sections.

This was the last of 162 'superlifts' involved in the carrier's construction, marking the end of more than three years of structural erection work and makes the ship’s primary hull structure 100 percent complete.

The Ford is being built using modular construction, a process where smaller sections of the ship are welded together to form large structural units, equipment is installed, and the large units are lifted into the dry dock using the shipyard's 1,050-metric ton gantry crane, one of the largest in the Western Hemisphere.

The ship has reached several significant milestones in 2013.  Outfitting of the ship has included coatings application in over 385 tanks, voids and spaces and installation of over 3.7 million feet of cable.

The keel of the Ford was laid in November of 2009. The ship will be christened this fall and delivered to the Navy in 2016. 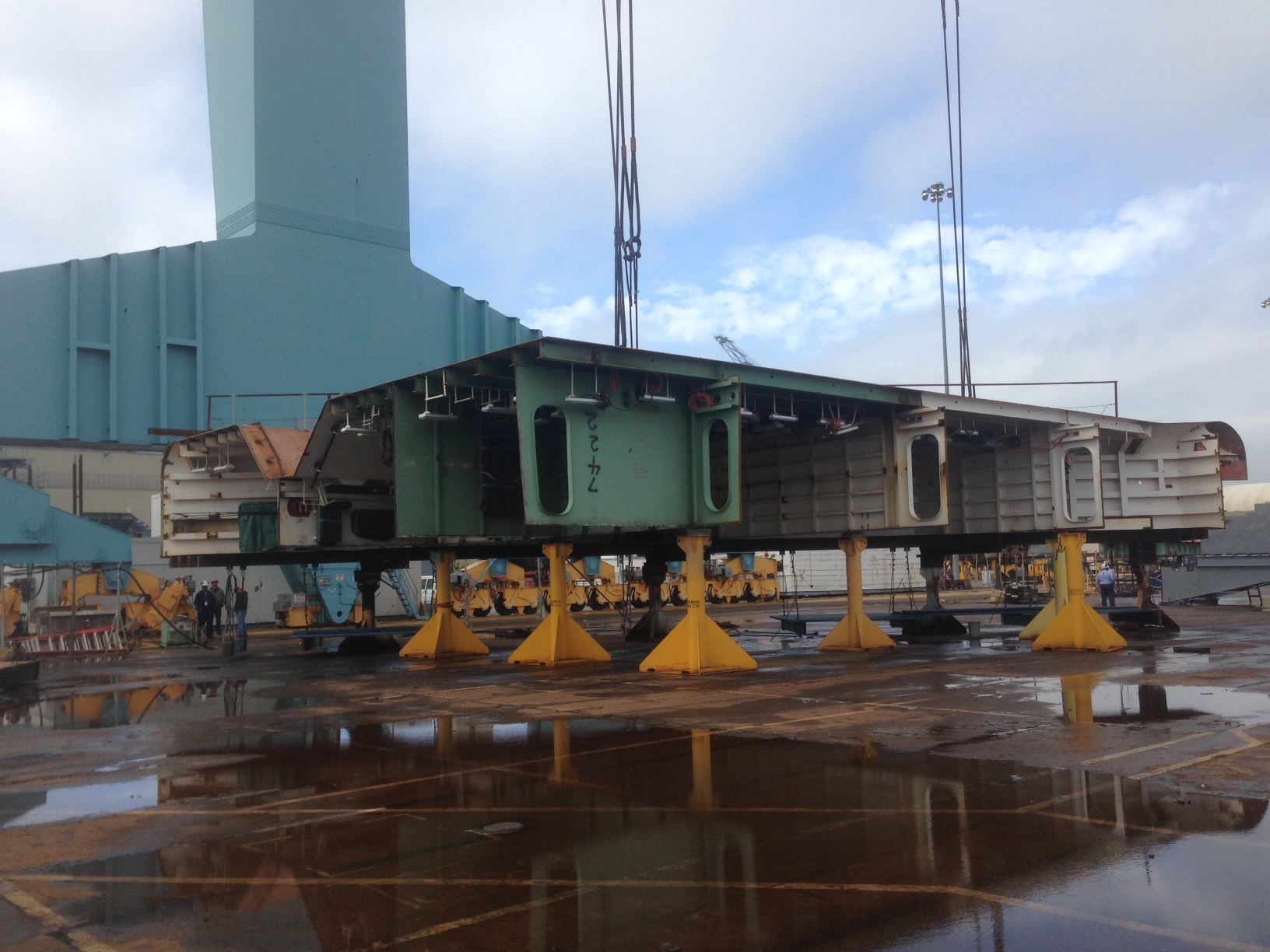 Watch a video of the superlift provided by Newport News Shipbuilding here: