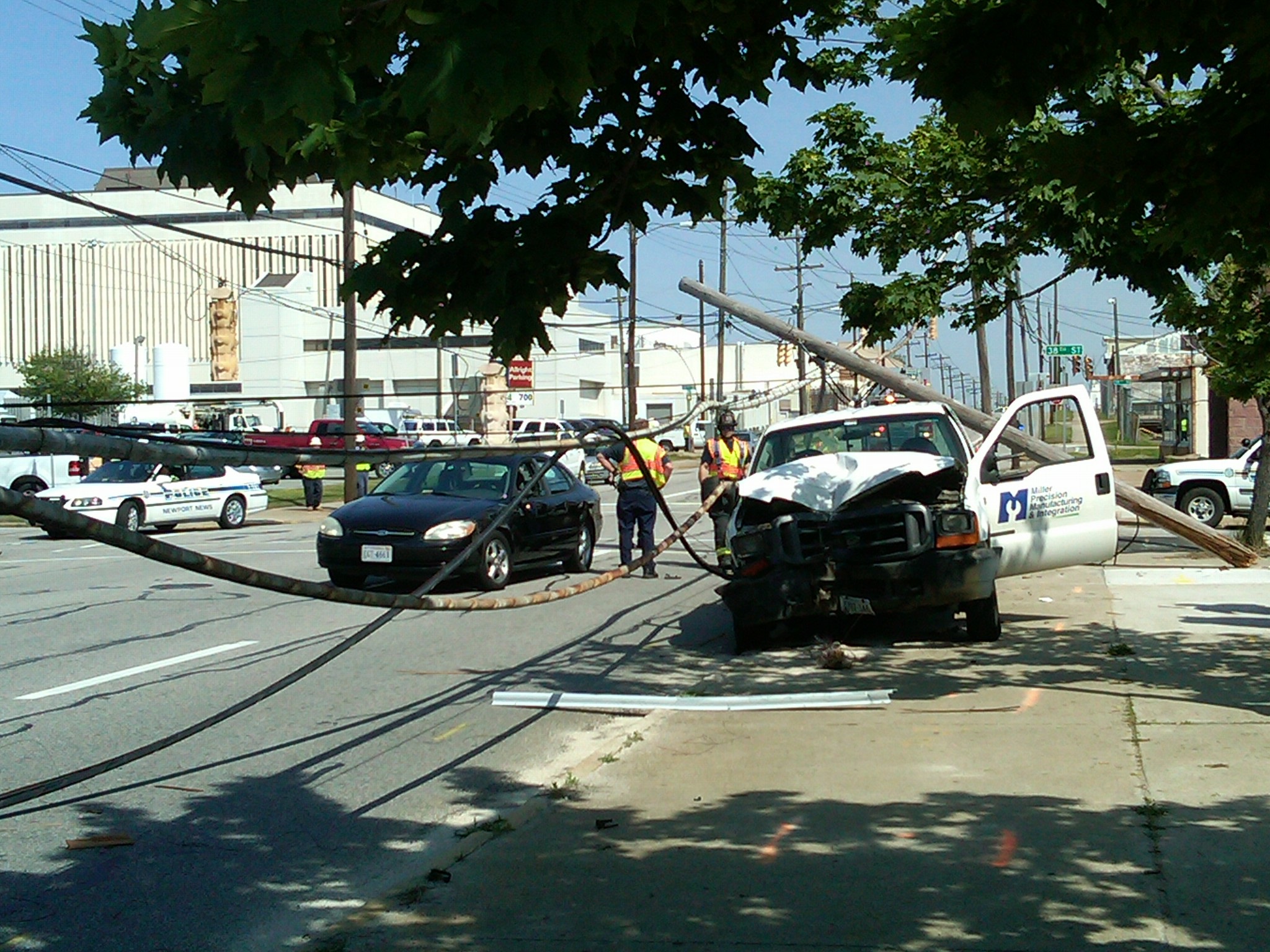 Update: One person, the driver of the car, has now been charged with improper left turn and is facing additional charges.

Police say at around 9:50 a.m. Friday morning, the driver of a pick-up truck pulling a trailer struck two utility poles in an attempt to avoid a collision with another car.

Both poles, as well as the wires attached to them, are down. Huntington Avenue is closed between 37th and 39th Streets. The 39th Street Bridge is also affected, police say.

The driver of the truck was taken to a local hospital by medics. The injuries did not appear to be life threatening.

Police say there is a possibility that the roads could be closed for up to eight hours or longer.

The driver of the pick-up truck will not be charged police say, but the driver of the car, Gladys Wells, has been charged with  improper left turn and is facing additional charges.

Traffic is not expected to return to normal until 9 p.m. tonight.