Virginia Beach, Va. – A fourteen year old girl who was hit while walking her bicycle across Princess Anne Rd Saturday afternoon is set to be released from the hospital Sunday.

She was crossing Princess Anne Road, near Huckleberry Lane when the accident happened. There is no crosswalk at that intersection.

Aaron Marker lives right across the street and saw the whole thing.

“It was a loud smack, and then the non-victim screamed out, ‘Oh my gosh,’ and I was here. It was just a nightmare,” Marker says.

He says she and another girl were crossing the street. The victim’s friend made it safely, but the fourteen year old was hit.

That’s when he took action and ran across the street and held her hand until ambulances showed up.

“When I showed up, she was moaning, and just king of incoherent, so I wanted to let her get a grasp on that there is someone here for her and knows that someone’s calling for help. All she had to do was hold on for a little bit longer, and that’s all I could think about just to keep her focused and get her through it,” says Marker.

Paramedics took her to Norfolk Sentara Norfolk General and there’s no word on how serious her injuries are, but Marker told News Channel 3 she was bleeding heavily and at one point unconscious.

“Most of it was road rash, knees, elbows, but she had a huge laceration on her forehead that we had to take our shirt off and keep pressure on just so she would stay with us,” Marker says.

And, he says, it’s an all too familiar sight as he’s seen four serious accidents in the past year.

Marker says, “If you have any pull with the city, get a lighting system, a pedestrian crosswalk. At least a marked crosswalk so people know that they’re coming in and out of these gated communities, and let everyone walk a little bit safer. 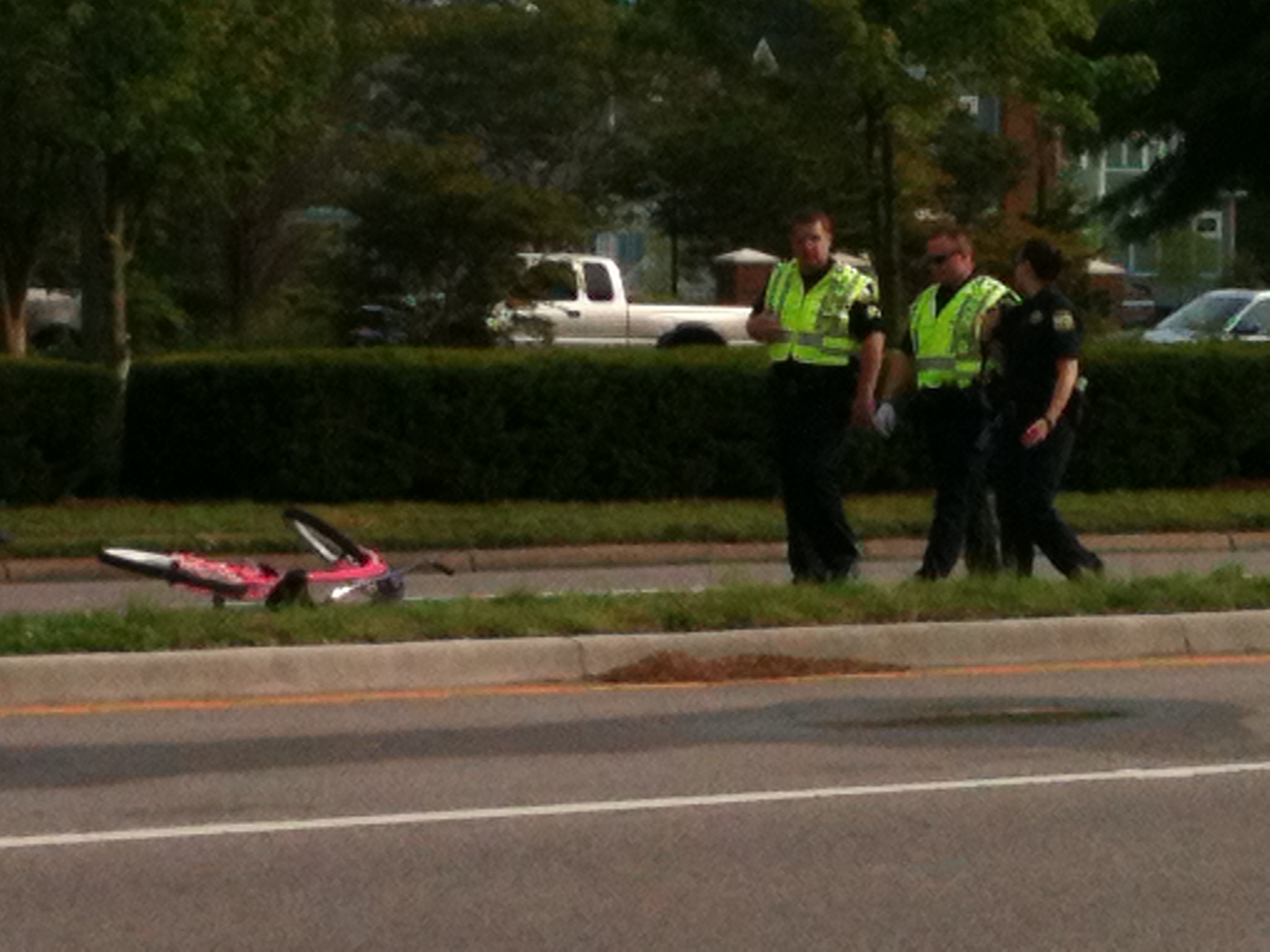