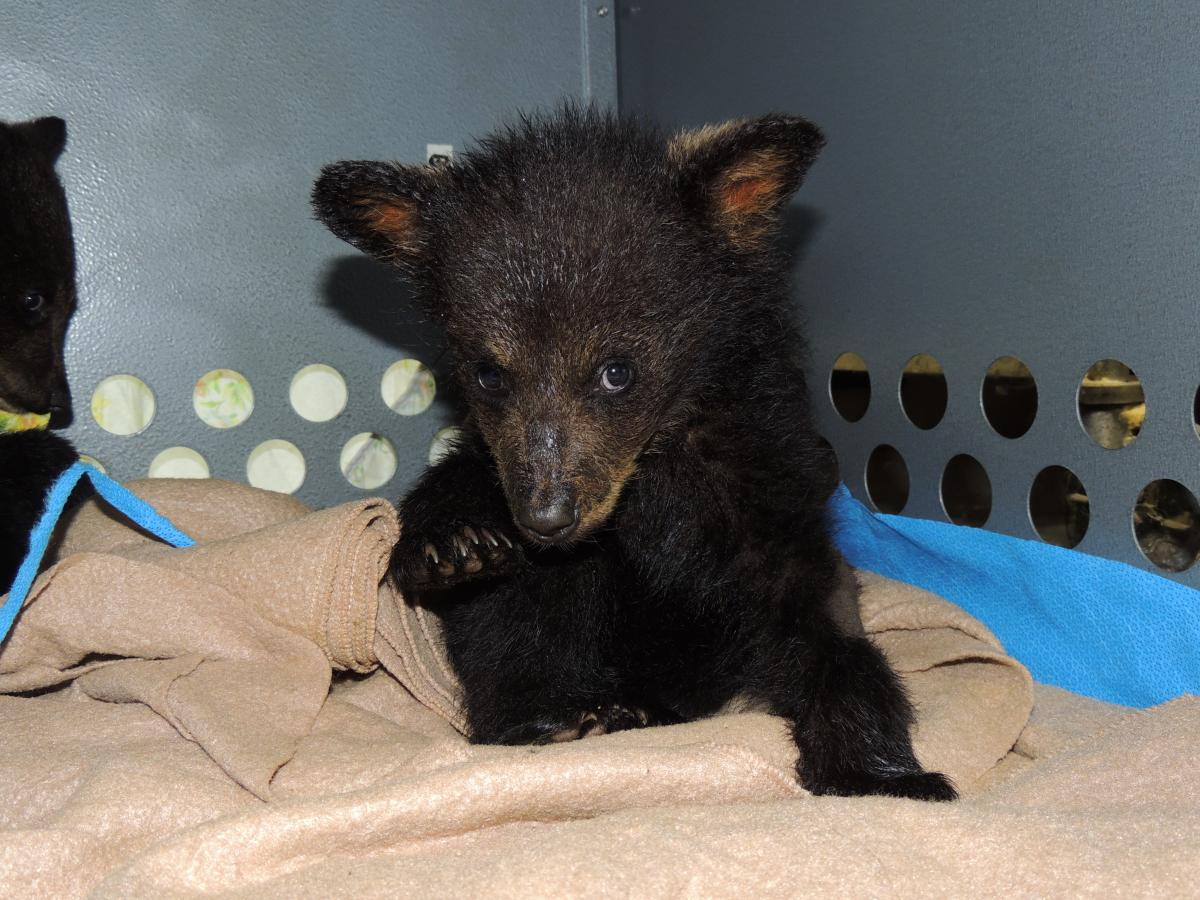 Three young Black Bear cubs have been taken in by The Wildlife Center of Virginia after their mother was found dead near a road in Augusta County on Saturday.

According to the center, a homeowner called the Department of Game and Inland Fisheries after finding the dead bear sow, which was likely struck by a vehicle.

The three young cubs were found in a nearby tree. They were brought to the Wildlife Center on Monday.

All three cubs are females and have been given complete physical examinations, radiographs and blood work from the veterinary team.

One of the cubs has a healing fracture in the right humerus that appears to be about two weeks old. Another cub has a broken tooth.

They weigh between four and eight pounds.

They are being held until additional examinations can be performed to determine if additional treatment is needed.

Once they are eating well and have been cleared, the bears will be set-up in an outdoor space.