Update: The search for a suspected child pornographer is finally over. Just hours after federal agents started a nationwide search for "John Doe" he was captured on Wednesday after officials received a tip.

Federal Investigators are looking for a child pornographer.  U.S. Immigration and Customs Enforcement (ICE) put out a nationwide alert for a man they say is making child pornography. This case is urgent, they need your help to rescue his young victim. 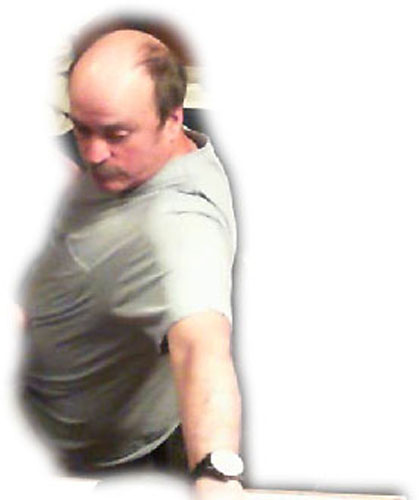 A division of ICE called Homeland Security Investigations is in charge of this case.  HSI put out a nationwide alert about this man hoping for information on who he is or where he is.

Investigators zeroed in on this suspect through “Operation Predator,” a nationwide initiative to protect children from sexual predators. They say the pictures are from a video where the man is sexually abusing a child.

Investigators want to rescue the child in the videos. They aren't sure if the 7 to 9 year old lives with "john doe" or how he knows the child.

The suspect is described as between 45 and 55.

You can see in the pictures he is heavy-set and balding with light brown hair.

Investigators believe the child pornography suspect is somewhere in the United States.  If you have any information about “John Doe” or any other suspected child predators, take action against crime. Call ICE's toll-free 24-hour hotline at 1-866-347-2423.  Or complete ice's online tip form: www.ice.gov/tips.  All tips are anonymous.