Three massive flares erupt from the sun in one day

The sun was busy on Monday. A sunspot on its surface erupted with three of the strongest type of solar flares, each one equivalent to the amount of energy released by millions of nuclear weapons at once, according to Bad Astronomy blogger Phil Plait, who put together this video:

Flares are caused when the magnetic field lines of the Sun get tangled up, and then snap, releasing their energy

Monday’s flares were the first in the top X-class range recorded this year, measuring X1.7, X2.8 and X3.2.

Fortunately the flares and the billions of tons of material they ejected from the sun were not pointed at the Earth. 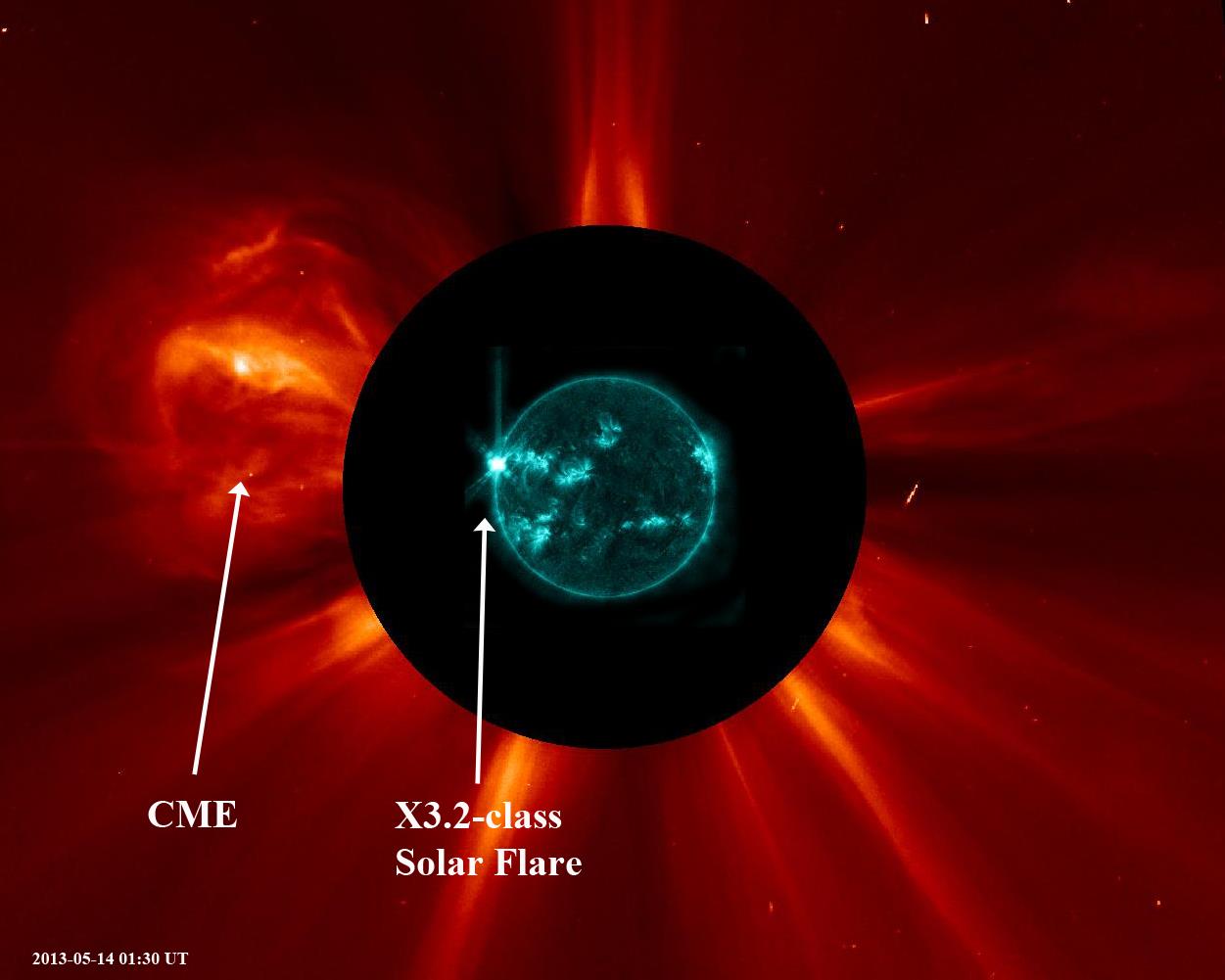