Family furious over reports of exploitation of Disney disability treatment 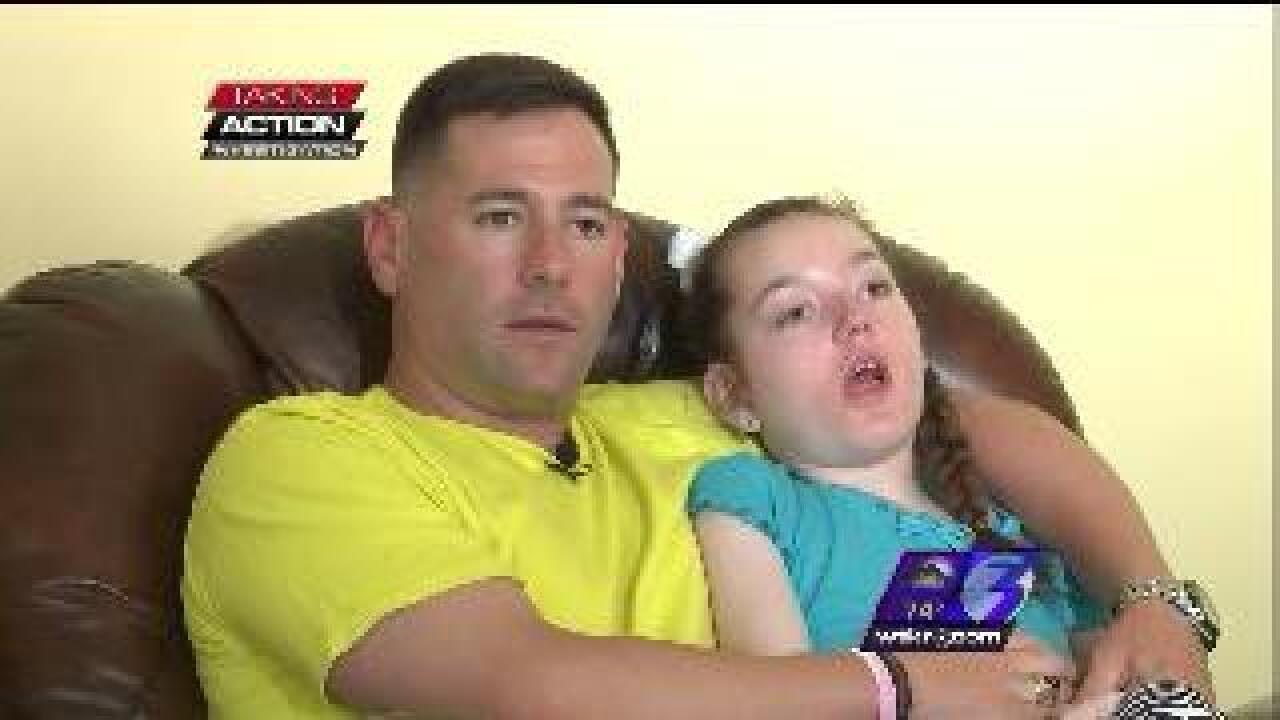 Orlando, Fl. - Local parents are furious after hearing a New York researcher found out rich families are cutting lines at Disney World. How are they doing it?

According to a story in the New York Post, they’re hiring disabled tour guides to pose as family members. That gets the families on rides faster.

Investigator Mike Mather knows first-hand how these special passes work, because he’s used them with his disabled son. We sent him to Florida to check out this tour company.

Twice since 2007, the Rossiter family has trekked to Disney World.

Their daughter Ainsley has a rare dystrophy. At 9, doctors say she’s nearing the end of her life. And as the disease gets worse, Disney remains the one place where Ainsley is treated like the princesses she adored as a young girl.

“That was my favorite part actually, just all the characters rushing over, and her awareness of her feeling special. She doesn’t have much awareness left, but she would definitely get a different look in her eye when those characters would approach her,” says Lori Rossiter.

“It is actually. It’s great memories. It’s something we’ll never forget and hopefully can go again while Ainsley is still with us, absolutely," says Lori.

“Boiling inside at the idea of people attempting to take a beautiful thing and potentially put it into jeopardy,” says Ainsley’s father.

Mike Mather: It’s a system I know. My son Owen has cerebral palsy. We’ve twice traveled to Disney World because the cast there doesn’t just accommodate him, they celebrate him. Even when we don’t ask. At the Main Street parade last summer, a Disney cast member spotted Owen and literally took him from us, wheeling him around in the show.

And yes, the consideration Disney extends did sometimes get us on the rides quicker. So, because of my experience with Disney, NewsChannel 3 sent me to Orlando to find out more about this tour company.

Dream Tours Florida advertised a VIP package that “significantly reduced wait times,” and also promised guests a “special entrance” to lines. That essentially describes the family passes Disney provided my family. I saved this part of the company’s web page. Then, as the Post story went viral, the company changed the web page to say VIP tours would no longer be available because of what it called “inaccurate press” and “slander.”

The company’s address is this house in Celebration, Florida. No one answered when we stopped by. We used IRS records to visit everyone listed on the board of directors. Most of our knocks went unanswered until we found David Phillips. He was surprised to see us.

Mike Mather: As far as being involved in any aspect of Dream Tours the company, you didn’t have anything to do with that?

Phillips said company founder Ryan Clement sometimes had him drive people to the airport, but that's about all he did. Why he's listed on the IRS form as treasurer he has no idea.

I went back to the home listed as the charity’s headquarters. This time, the company president, Ryan Clement was home, outside, walking his dogs. He did not want to speak to us and he declined to talk about the New York Post story. Dream Tours Florida also did not respond to the interview request I posted on its Facebook page.

In a statement to NewsChannel 3, Disney World said, "We are thoroughly reviewing the situation and will take appropriate steps to deter this type of activity."

“Exploiting heaven. That’s what they are doing,” says Ainsley’s father.

The Rossiters have faith that Disney will find a solution that preserves the magic for children like Ainsley. And they hope to get back to the Magic Kingdom at least once more, while they still have her.