Update: Police have now identified the man who was killed on Monday after being shot by an officer at the Wells Fargo on Colonial and 21st.

The officer injured in the incident remains in good condition with non-life threatening.

The female suspect taken into custody has been identified as Virgie May Hairiston. She bonded out Tuesday morning and will have her first hearing on Thursday.

Norfolk, Va. - Norfolk Police are currently investigating after an officer shot and killed a man at the Wells Fargo in the 2000 block of Colonial Avenue and 21st Street.

A woman has also been taken into custody.

According to police, the incident happened around 2:30 p.m. and involved someone trying to pass off a bad check at the bank.

Officials say two police officers approached the car from behind, and one of the suspects put the car into reverse and hit the officer, who is now being treated at Sentara Norfolk General. The other officer involved was not hurt.

No schools in the area were affected. Maury High School and Blair Middle were both released before the incident. 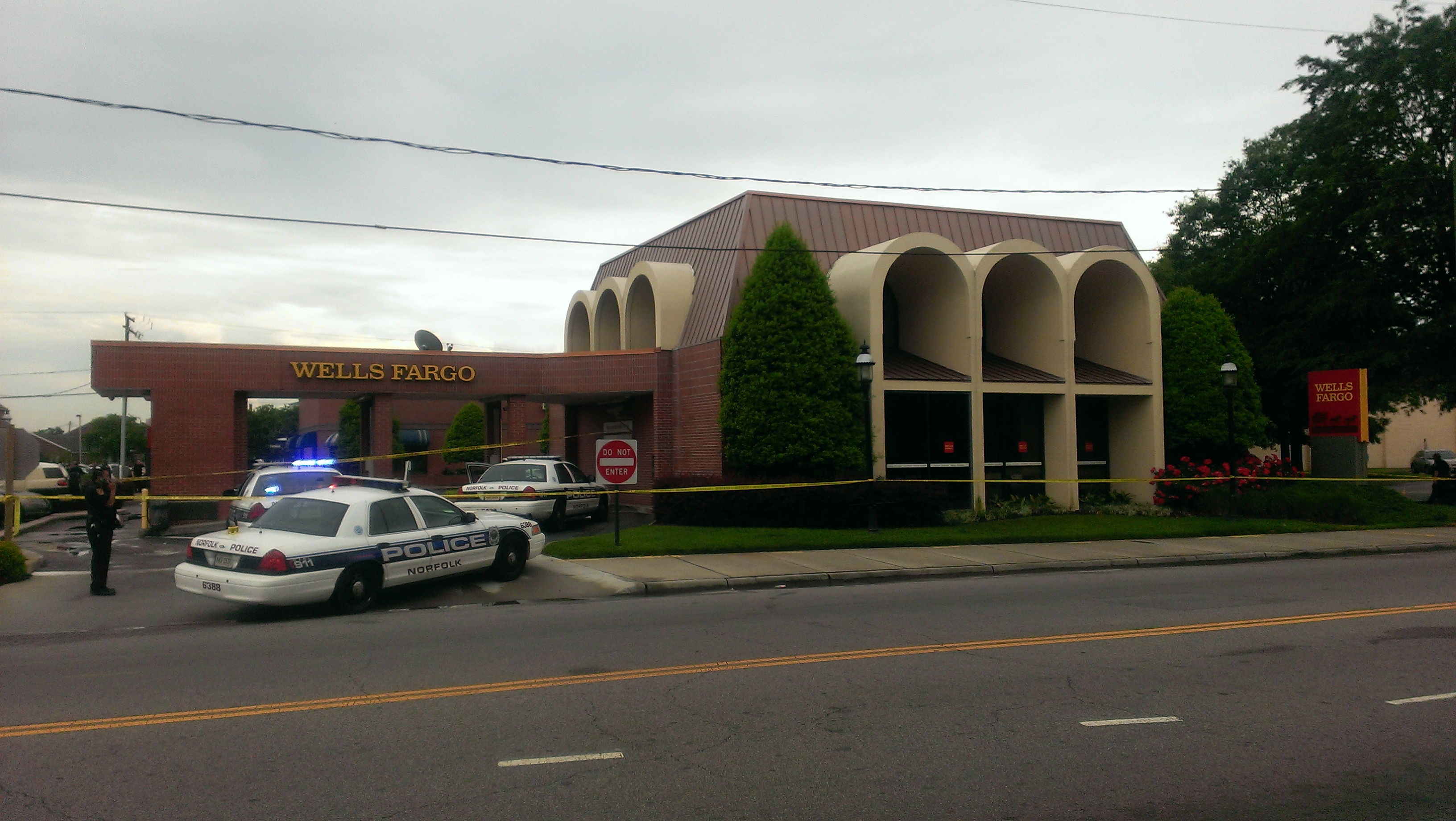