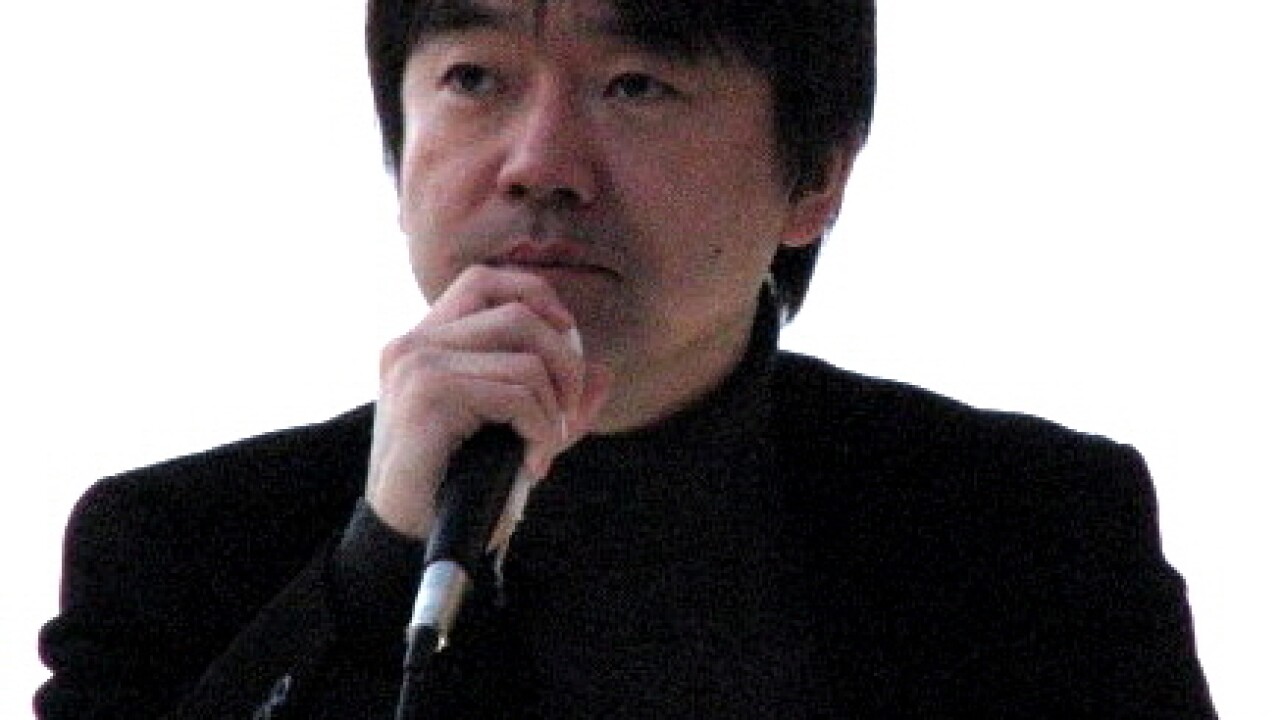 But he didn’t back down over comments he made about the Japanese military’s use of forced prostitution during World War II.

Toru Hashimoto, the mayor of Osaka, stirred outrage in Japan and around the world with a series of comments this month about the treatment of women by the military.

He had said May 13 that he had told a U.S. military commander during a trip to a base on the island of Okinawa that the adult entertainment business in Japan should be “utilized more” by U.S. personnel.

“I told him there are places that operate within the boundaries of the law which can be used for releasing sexual frustration, so they (the U.S. military) should fully utilize it or the Marines won’t be able to control their aggressive sexual desires.”

In a statement delivered Monday at the Foreign Correspondent’s Club of Japan in Tokyo, Hashimoto acknowledged that his comment “could be construed as an insult to the U.S. forces and to the American people, and therefore was inappropriate.”

Hashimoto, who is also a co-leader of the nationalist Japan Restoration Party, said he retracted the remark and apologized for it.

He said it was prompted by “a strong sense of crisis” he felt in light of a series of recent sexual abuse cases involving U.S. service members in Japan.

But he said comments attributed to him that described women forced to become prostitutes to entertain Japanese troops during World War II as “necessary” had been taken out of context.

On May 13, he said “anyone would understand” the role of “comfort women” when soldiers were risking their lives and you wanted to give them “a rest.”

“Comfort women” is the term used for the 200,000 women whom historians estimate were forced to become sex slaves for Japan’s former Imperial Army.

Hashimoto’s comments about them had provoked an international outcry, especially in Asian countries occupied by Japan during the war, such as South Korea and China. The U.S. government called the words “outrageous and offensive.”

Hashimoto didn’t offer an apology Monday for those comments, claiming that he had been talking about sexual violations by military personnel in a more general sense.

He also disputed that forcible recruitment of women during the war was conducted as government policy.

“I stated that ‘the armed forces of nations in the world’ seemed to have needed women ‘during the past wars,’ ” he said. “Then it was wrongly reported that I myself thought it as necessary for armed forces to use women and that ‘I’ tolerated it.”

Japan not only culprit, mayor says

He repeated the assertion he made previously that “sexual violation in wartime was not an issue unique to the former Japanese army.”

“The issue existed in the armed forces of the U.S.A., the UK, France, Germany and the former Soviet Union among others during World War II,” he said.

“It also existed in the armed forces of the Republic of Korea during the Korean War and the Vietnam War,” Hashimoto added, using the official name of South Korea.

“If only Japan is blamed, because of the widely held view that the state authority of Japan was intentionally involved in the abduction and trafficking of women, I will have to inform you that this view is incorrect,” he said.

He did, however, recognize that the Japanese military had caused suffering to comfort women.

“We must express our deep remorse at the violation of the human rights of these women by the Japanese soldiers in the past, and make our apology to the women,” he said.

In 1993, the Japanese government released a statement acknowledging the “immeasurable pain and suffering” endured by thousands of women forced into sex during World War II. It even vowed to include the comfort women issue in new junior high school textbooks for the first time.