Norfolk, Va. – Without any wiggle room, a car somehow ended up on a family's pier in Norfolk after crashing through their yard.

Neighbors say before the driver nudged the Ford Focus in the tight spot, he drove it all over people's yards!

"He drove right up my driveway and right off the back retaining wall around the other side and I ran out the front door and stopped him, and he stopped for a half a second for me to ask what he was doing. And he just said, 'I'm driving through your grass.' He was obviously disoriented and didn't know where he was," says one neighbor.

One man says the driver told him he went there to drink water from the ocean.

He seemed unaware he was looking at the Lafayette River.

After cutting through a backyard and ending up on the pier, witnesses say he started shouting incoherently and then screamed obscenities at a woman. 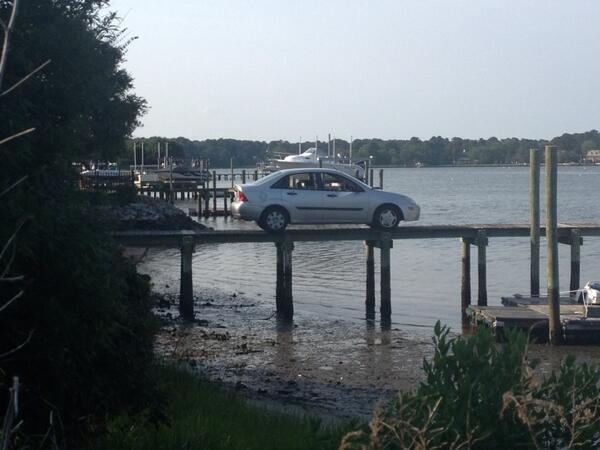