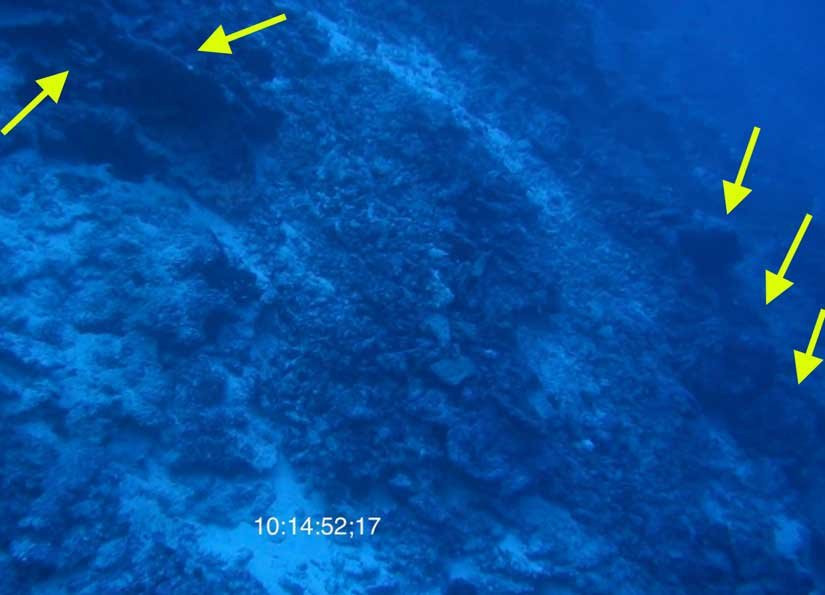 (CNN) – A grainy sonar image taken hundreds of feet below the ocean’s surface may help unravel a mystery that has baffled historians for decades.

What happened to aviator Amelia Earhart, and where’s her plane?

No one has been able to answer that question since 1937, when Earhart, navigator Fred Noonan and their Lockheed Electra plane disappeared during a doomed attempt at an around-the-world flight.

But information revealed by a team of researchers this week indicates they may have found a new clue.

The sonar image was recorded by search teams scanning the ocean floor nearly a year ago near Nikumaroro Island, in the South Pacific.

“It’s the right size, it’s the right shape, and it’s in the right place,” The International Group for Historic Aircraft Recovery said on its website.

But it wasn’t until March that one analyst made the connection in an online forum for the group.

The organization says experts have offered different interpretations. Some think it could be a man-made object, and others say it could be a geologic feature.

“So did (last summer’s) expedition actually succeed in locating the wreckage of the world’s most famous missing airplane? Or is this sonar target just a coral rock or ridge?” the organization said on its website. “Of course we’re not going to know until we can get back out there, but until then the anomaly is worth close study.”