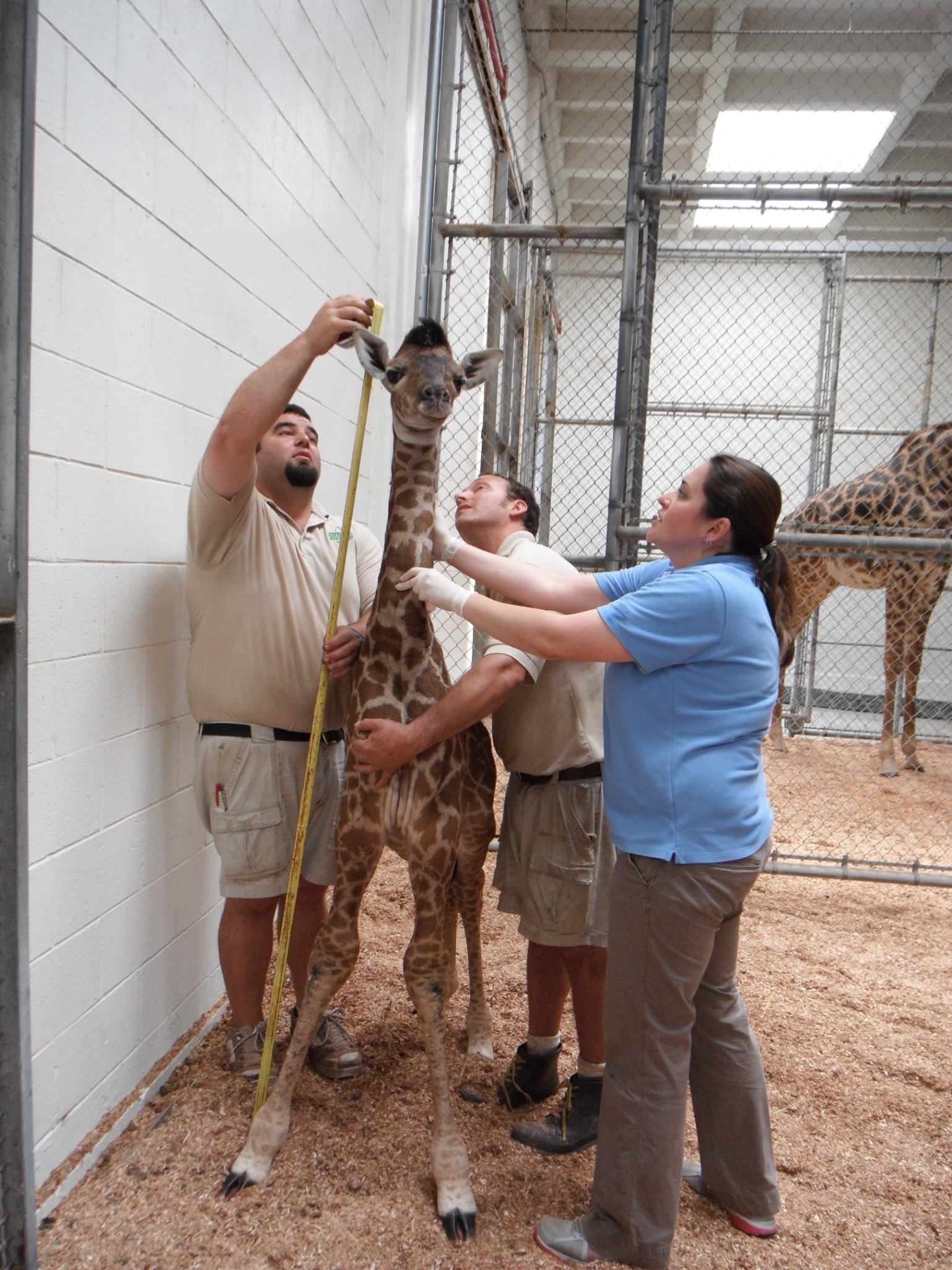 Norfolk, Va. – A healthy male giraffe calf was born at The Virginia Zoo on Thursday to 11-year-old mother Imara and father Billy.

The Zoo made the announcement Friday afternoon, saying the calf weighed in at 150 pounds and measured 6’4” tall.

This is the third offspring for mother Imara.

In a statement provided by the Zoo, executive director Greg Bockheim said, “Zookeepers knew she was pregnant but pinning down an exact date is very difficult because pregnant giraffe are masters at hiding their pregnancy because in the wild they need to protect themselves from what becomes a compromising condition at delivery.”

The new calf has not been given a name but Bockheim says he likes the idea of naming him Paul after Norfolk mayor Paul Fraim.

The Zoo also says the calf has been given a preliminary check up by the Zoo’s veterinarian and appears to be very healthy.

Mom and baby can be viewed by Zoo visitors at the indoor giraffe exhibit.