James City County, Va. - According to James City County Police, five women racked up over 100 criminal charges in one "shopping" trip. They are accused of stealing thousands in merchandise in Williamsburg.

Police say they used wire snips to cut the sensors off items and lined their shopping bags with aluminum foil and duct tape to beat the alarm systems.They also worked in teams.

Police say while one woman grabbed a piece of merchandise, another would activate the store`s alarm to draw attention away from the one stealing items.

Police say they would then take what they stole to their car, put it into black shopping bags and head back out to do it again.

Employees at Coach called police after seeing the women put items in their shopping bags.

The women face 103 charges between them including possession of burglary tools and grand larceny.

Here's a photo gallery of the items police say were stolen during the spree. 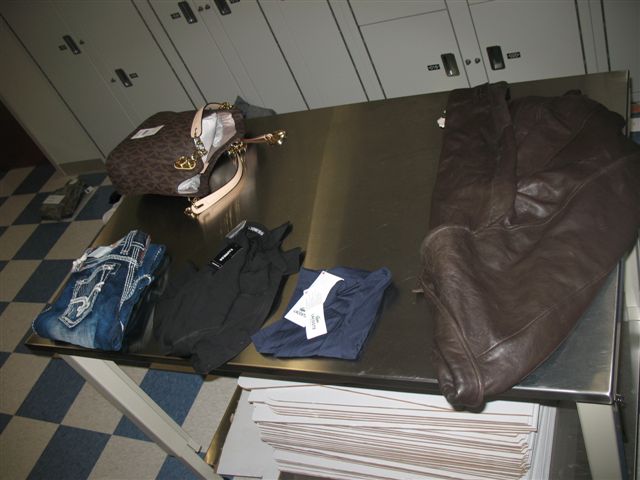